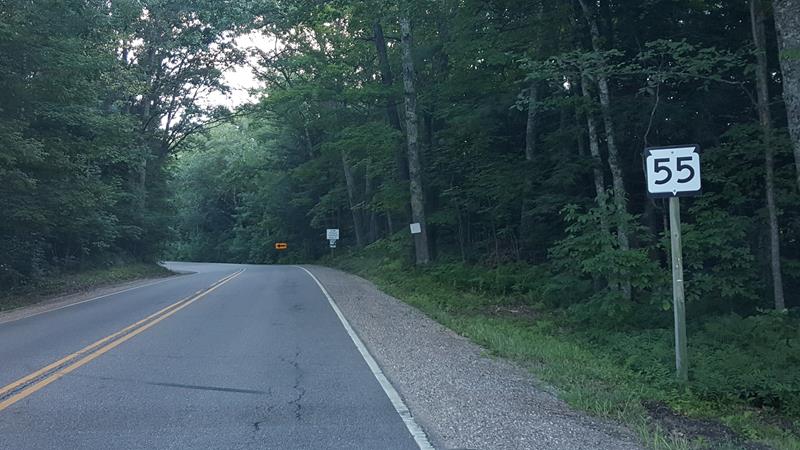 “High Cliffs, Hamburgers and High Up to Michigan” 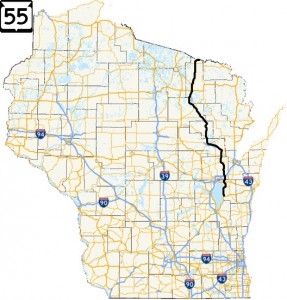 Quickie Summary: State “Trunk” Highway 55 starts on a picturesque overlook above Lake Winnebago, cut through the eastern edge of the Fox Valley and becomes a winding highway through Seymour, birthplace of the hamburger and home to the world’s largest burger, both the Menominee Indian Reservation and the Nicolet National Forest, with excellent access to campgrounds, fishing, hunting and a variety of summer and winter up Nort’ activities.

The Drive (South to North): Highway 55, which once began all way down in Milwaukee, begins today where U.S. 151 veers away from Lake Winnebago on its way to Chilton in Calumet County. Where 151 heads east, Highway 55 continues north, running often within eyeshot of the eastern shore of the rural side of Lake Winnebago. Lake Winnebago is the third largest freshwater lake in the U.S. overall (Okeechobee in Florida was first, in case you were curious), the largest lake in the nation entirely within one state, and is visible from space. While the lake’s west side is heavy with reefs and cities like Fond du Lac, Oshkosh, Menasha, and Neenah, the east side is characterized with serene shorelines, hills and rocky cliffs.

By the way, our award for “Best Tavern Name of the Day” was Dub’s Pub Suds & Grub”. That’s rhyming on the level of old-school rapper right there… even though on our last trip, it looks like Dub’s may have become something else by now.

Highway 55 buzzes through the middle of the Village of Stockbridge (pop. 636), which bills itself as the “Sturgeon Center of the World.” Clearly big on fishing, Stockbridge offers piers and a marina on Lake Winnebago. Next up is Harrison (pop. 11,532), one of the state’s newest villages. Harrison was a township that became a village in 2013 and immediately became the second-largest incorporated place along Highway 55. Harrison stretches into Outagamie County along Highway 55, where we meet up with Highway 114.

High Cliff State Park is the best place for viewing Lake Winnebago. Perched atop the limestone cliff of the Niagara Escarpment, which runs from this point to Door County and then to Niagara Falls, you can picnic, camp, walk the Indian Mound Trail, check out the nature center, or climb the 40-foot observation tower and get a look across the lake to Appleton, Oshkosh and even north to Kaukauna, which Highway 55 cuts right through on this Tour.

After a brief combo with Highway 114, which heads west toward Appleton, you enter Outagamie County, crossing U.S. 10 and going past the Wisconsin International Raceway into Kaukauna (pop. 12,983). Known far and wide for the tasty cheese spread brand (now technically made in Little Chute), Kaukauna is considered the easternmost of the Fox Cities. One of the first communities in Wisconsin, Kaukauna was explored by Father Claude Allouez in 1670 and a fur trading post was established at KeKalin Falls in 1760. Back then, travelers moving by canoe had to detour by land around three waterfalls on the Fox.

Right along Highway 55 on the south side of Kaukauna, a tasty stop is Dick’s Drive-In – a popular Fox Cities stop since 1955. Although car hops aren’t normally serving there, they did originally and Dick’s still cranks out delicious burgers, fries, rings, cones, malts, shakes, and much more. You can eat in your car in the lot or at the picnic tables on a nice day. 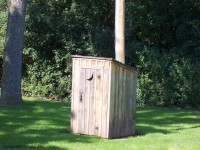 Finding Freedom – and a Drive-In!
Through Kaukauna, Highway 55 crosses Highway 96 and then heads north to cross I-41 and heads out of town into the rural portions of Outagamie County. That’s where, after several miles, you’ll find Freedom. Well, actually there are three towns in Wisconsin called “Freedom”, but THIS one is along Highway 55 AND Field of Scenes, one of only five active drive-in theaters in Wisconsin. Field of Scenes shows movies like any drive-in theater, but it’s also a sprawling campus featuring horse-pulled wagon rides, an 18-hole miniature golf course, a game room, and basketball and volleyball courts.

It’s a straight beeline through Freedom and most Outagamie County, where you cross through southwestern section of the Oneida Indian Reservation. You can connect to Oneida Casino and Green Bay by taking Highway 54 east when you reach it; otherwise, Highway 55 joins 54 going westward for a brief jaunt into the birthplace of one of the best road foods ever created.

I speak of the hamburger, and Seymour (pop. 3,335) calls itself “Home of the Hamburger.” One of several places worldwide that lays claim to being the hamburger’s birthplace, Seymour grabs the title with a full embrace and hosts its annual Burger Fest every August. Burger Fest features hamburgers, a hamburger eating contest, kids’ games, music and a hot air balloon rally, no doubt tons of buns and a (what the…) ketchup slide. Don’t wear clothes you care about. But it sounds fun!Seymour also hosts the Outagamie County Fair every July, drawing tons of people from the Appleton area and beyond. Want some racing? Grab a burger and plop down in a seat at Seymour Speedway, a 1/3-mile clay oval on the fairgrounds. The speedway hosts Fastrak Late Models, IMCA Modifieds, Stock Cars, and Northern Sport Mods. And they all move pretty fast. 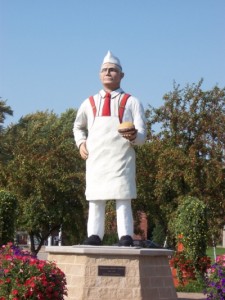 North of Seymour, Highway 55 is a pretty straight shot to Angelica, where you get to hop the “express” by joining Highway 29 on a freeway for a while.

Around Bonduel, you also combine with Highway 47. There, right along the highway, you can check out Doc’s Zoo & Muscle Car Museum (715-758-9080), which features a variety of 60’s muscle cars, motorcycles, a classic 1930’s Standard gas station, and a whole line of unique autos, including one of the 1958 Plymouth Fury cars used in the Stephen King classic “Christine”. It’s hard to miss; part of Doc’s Harley-Davidson, Inc. of Shawano County, you’ll notice Bo & Luke Duke’s General Lee looking like it just leaped the building (yes, it’s one of the actual General Lee cars used in filming “The Dukes of Hazzard.” 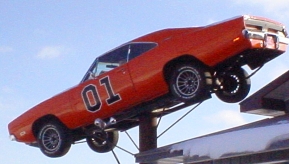 Shawano to Crandon to the U.P. is coming soon!

In Menomonee County, 10 miles past Keshena though, we want to note Big Smokey Falls. More than the whitewater rafting opportunity on the Wolf River is also coming soon!

CONNECTIONS
South Terminus:
Can connect immediately to: U.S. Highway 151
Can connect nearby to: Highway 32 & Highway 57, about 8 miles east

North Terminus:
Can connect immediately to: M-73 in Michigan
Can connect nearby to: Highway 70, about 5 miles south 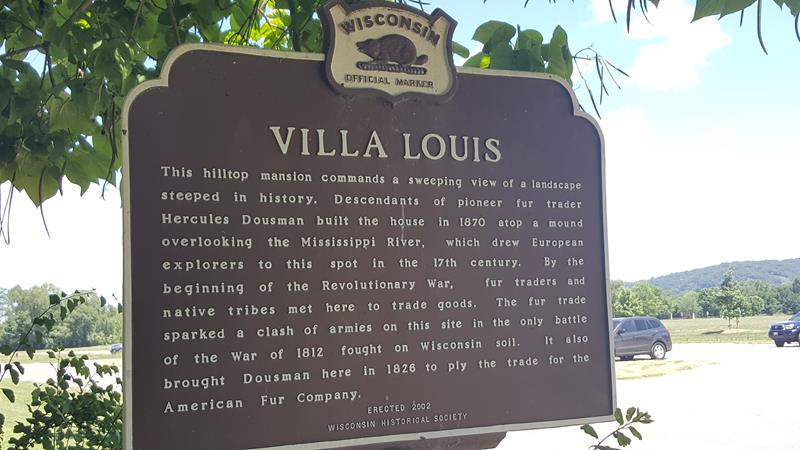