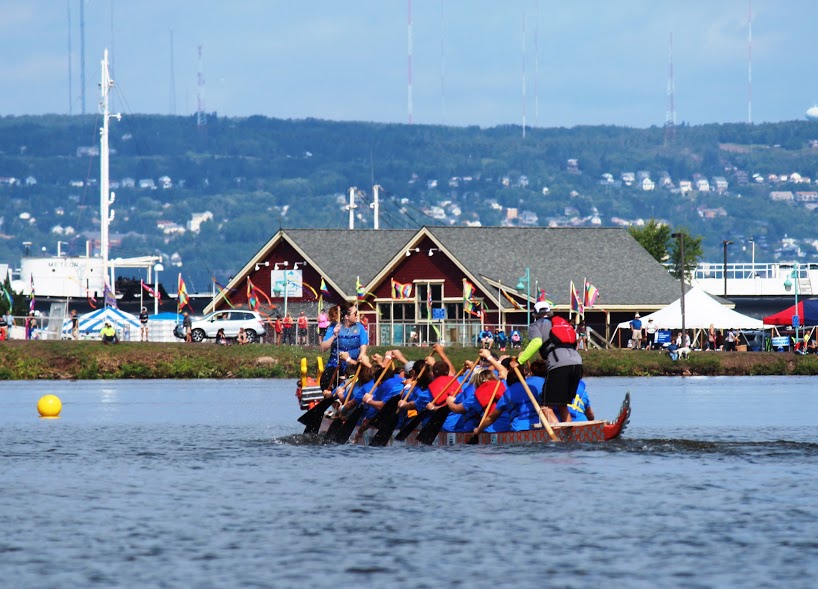 Dragon boat racing is not only one of the fastest growing water sports in the world; it is also one of the most exciting! As one of the largest festivals of its kind, The Lake Superior Dragon Boat Festival in Superior holds this community-building tradition on Friday, August 23rd and Saturday, August 24th, 2019.

Watch the races at Barker’s Island, feast on fantastic food, enjoy celebratory music, song and dance, shop the craft fair, and commemorate the weekend with a time-honored awards ceremony.

On the first festival day, Barker’s Island is transformed into a small city where thousands of people from the Midwest U.S. and central Canada join in community, camaraderie and competition. It’s a weekend of live music and dancing, fantastic food, hay rides, children’s crafts and entertainment, and an awards ceremony. Laura Velvet and the Bookhouse Boys will be performing on the Main Stage Friday night from 6:30pm-9:00pm. After that, the Mackie Brothers will perform in the Beer Tent from 9:20pm-11:20pm. Fireworks will light the sky that night, too!

Saturday the 24th begins early with the Optimists Club Breakfast and of course, more boats and parades. Children’s activities begin at 8am, and Dragon Boat Racing begins at 9am. There’s also the Craft Fair, the Stterlling Silver Dance Studio , the Rose Petal Ceremony, Korean Sword Demonstrations, Mark Rubin performing as he does every year, and of course the final race heats and the closing awards ceremony.