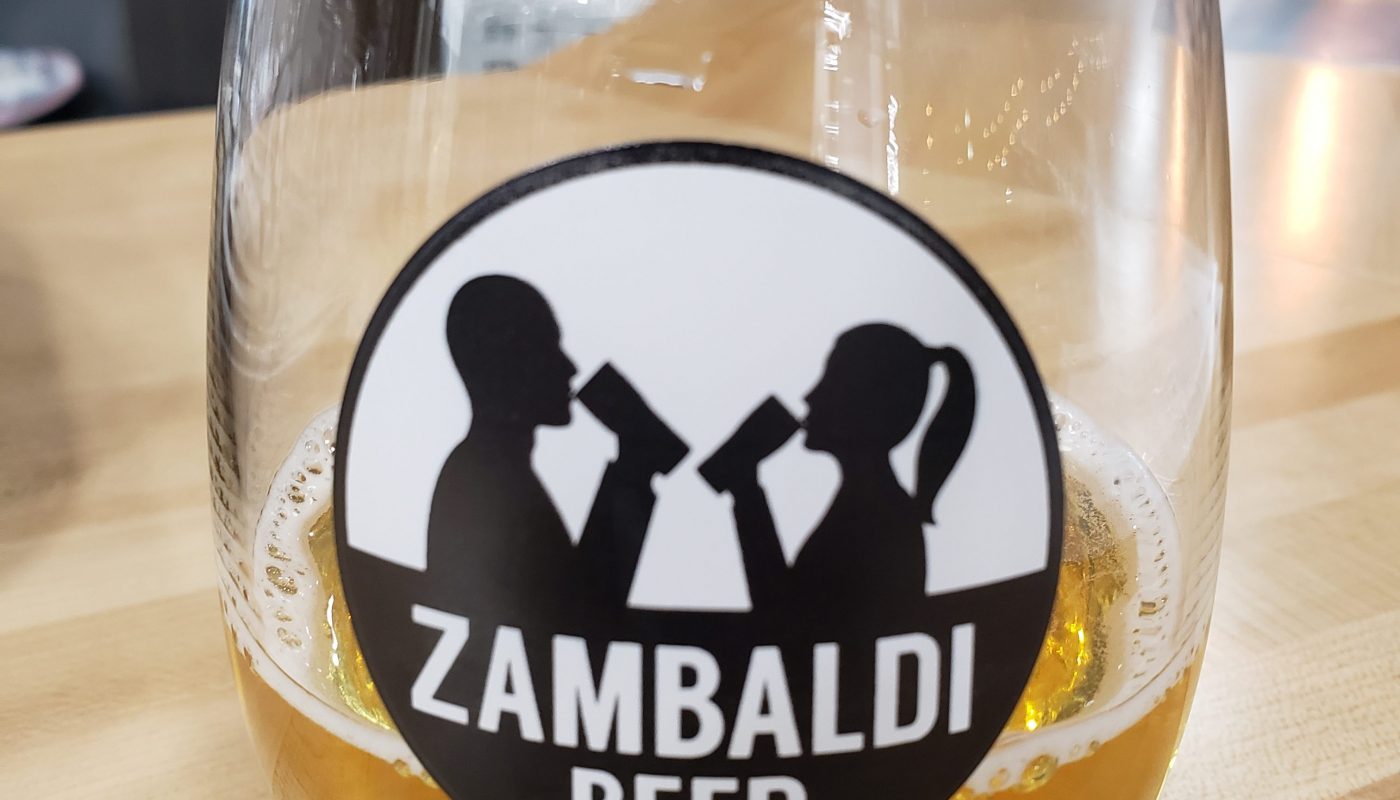 Zambaldi Beer became the culmination of one family whose cumulative love of craft beer got boosts from their individual experiences in Washington State, Munich, Germany, and even South America. Consequently, when they opened Zambaldi Beer in the Green Bay suburb of Allouez, they brought it all together. The brewery, which offers a spacious Tasting Room and sizable outdoor patio, brews up around 15 different styles of beer. Large windows offer views of the brewing tanks. 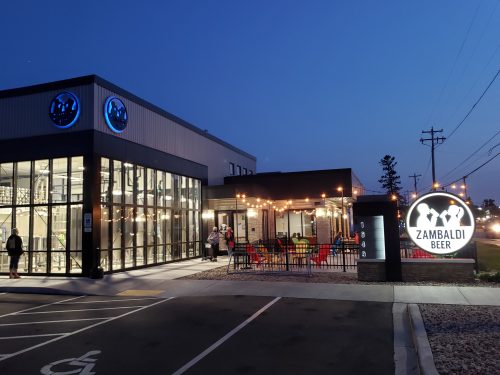 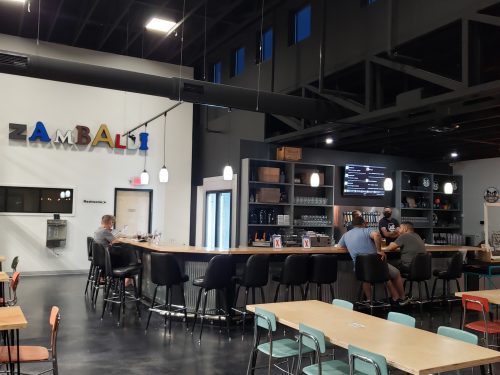 Taps of each are available at their facility, where they also feature Guest Taps from other craft brewers in the area along with wine, cider, snacks, and soda, including House Made Ginger Soda.

Beers (as of our last visit) include:

They serve flights in stemless wine glasses, resting in muffin tins. It’s always fun to see how creative they get across different breweries with the flights and samples! 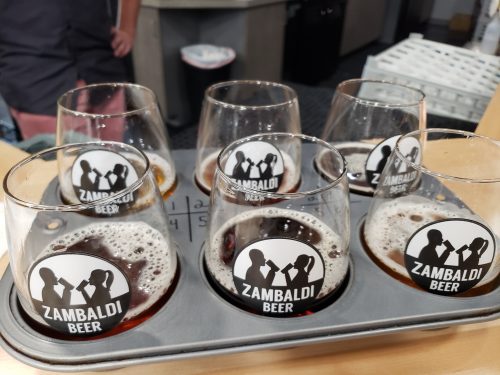 Zambaldi Beer is open Tuesday-Friday 3pm – 9pm, Saturdays Noon – 9pm, and Sundays Noon – 6pm. As you might have guessed, they’re closed Mondays. They offer curbside growlers too, just give them a call at (920) 455-0473. You’ll find their roomy Brewery & Tap Room along Webster Avenue, just north of the Highway 172 freeway and several blocks east of Highway 57. It’s only a few miles to many of Green Bay’s other craft breweries, Lambeau Field, downtown, and the lovely Heritage Hill State Park. 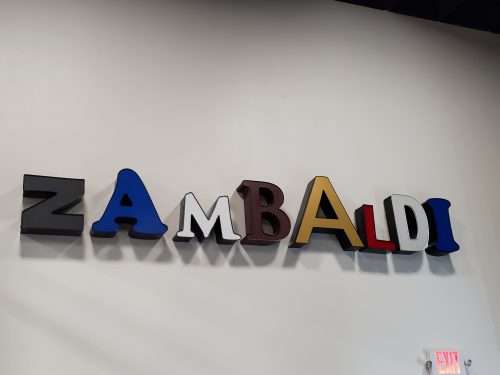 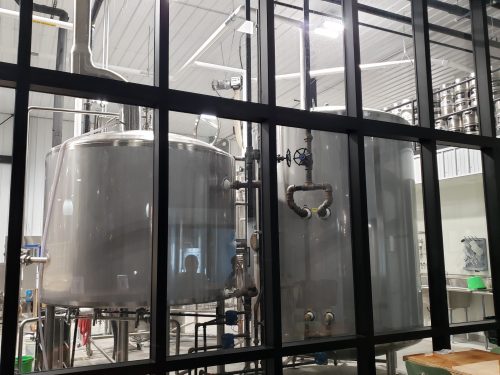