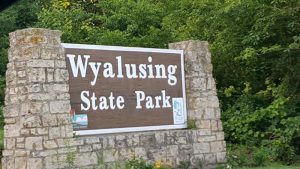 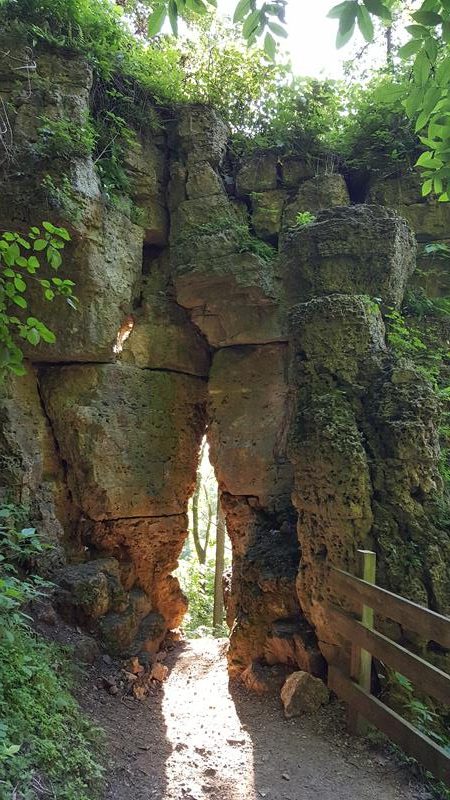 Today’s Visitor Center greets you at the park’s entrance, where you pay your entry fee and can get information. The original park office lies further in and is now known as the Paul Lawrence Interpretive Center. Constructed in 1939, this lovely little building was constructed of nearby-quarried stone and white pine for the porch timbers. Inside, you’ll find some interesting park history, including details on the early work by the CCC (Civilian Conservation Corps) to further develop the park during its second decade in operation – including that requirements for workers insisted that they had at least six teeth.

Trails, along with some of the roadways through the park, lead you to additional bluffs views of the Mississippi River, along with Native American mounds. There is also a monument to Passenger Pigeon, a species that went extinct in 1914 but once heavily populated this area, as its was along one of its primary migratory paths. The monument offers a beautiful overlook of the river and bluffs on the Iowa side, as well as background on the passenger pigeon with some occasionally scathing commentary on reasons for its extinction. 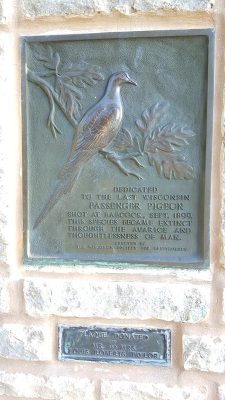 Any tour of Wyalusing is bound to delight your senses, teach you some history, wrap you in nature, and serve as a wonderful getaway road trip.

You’ll find Wyalusing State Park in the town of Bagley, tucked into the northwest corner of Grant County a few miles south of Prairie du Chien. It’s a short drive off U.S. 18/Highway 35 via County Roads C and X, which also serve as the Great River Road in this area. Highway 60 is also just to the north, across the Wisconsin River. It’s part of the “America’s Byways” Tour for a reason: it’s gorgeous around here and pleasure to drive or ride!

You can find the latest conditions and other updates for Wyalusing State Park from the Wisconsin DNR here. 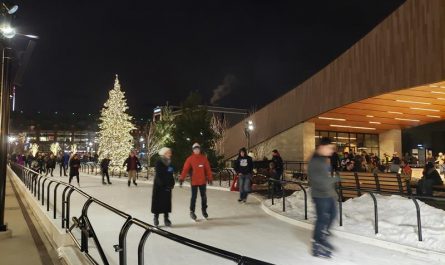 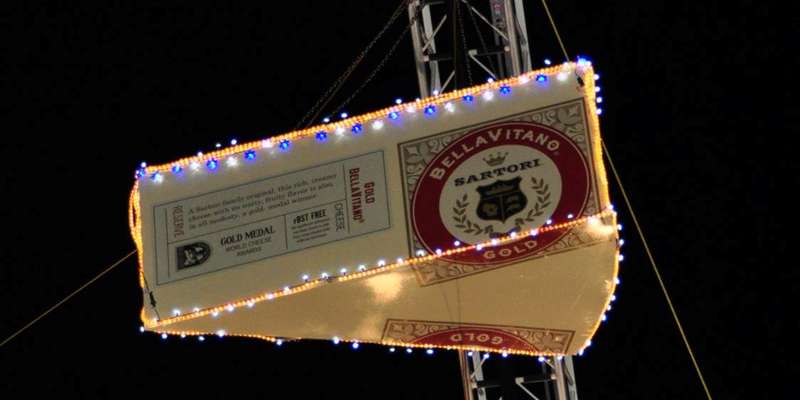