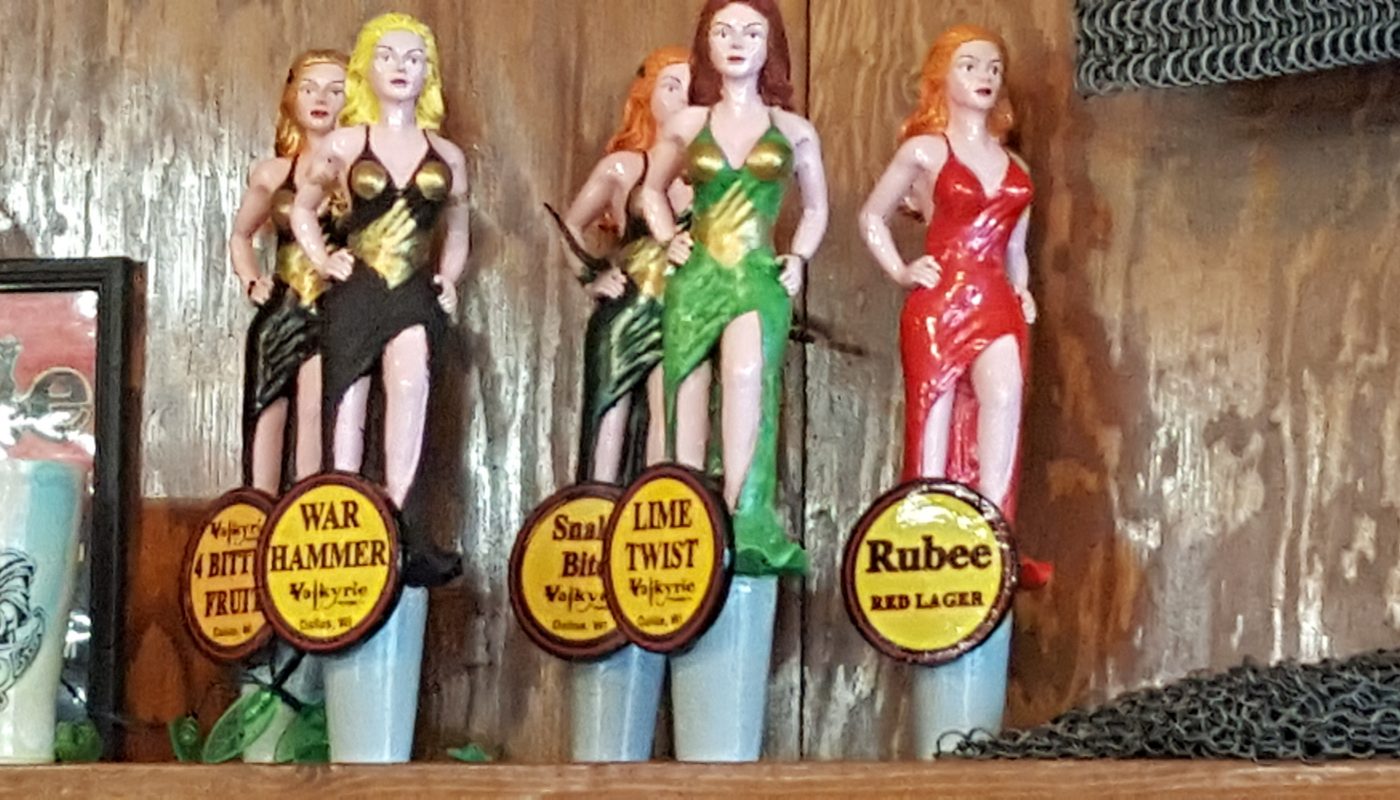 It’s the largest brewery in Dallas… Wisconsin. Valkyrie Brewing Company opened its doors way back in 1994, even before the big resurgence in craft brewing hit Wisconsin and the nation. It was actually the first of the new wave of microbreweries in the northwestern part of the state. Owners Randy and Ann Lee have been running it and brewing ever since. Originally named Viking Brewing, they changed the name to “Valkyrie,” a Norwegian term that in Norse mythology is a female figure who decides who lives and who dies in battle. Nothing terrifying about that, right? Valkyrie Brewing continues to draw people to this tiny village of 400 whose name evokes a somewhat larger burg in Texas. 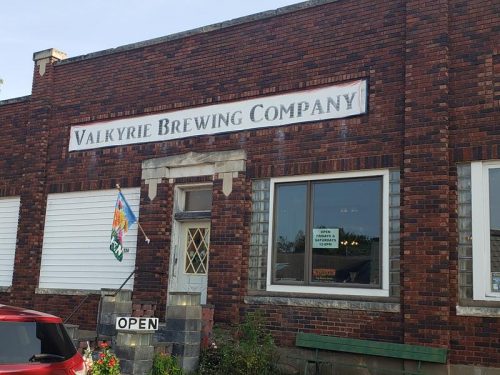 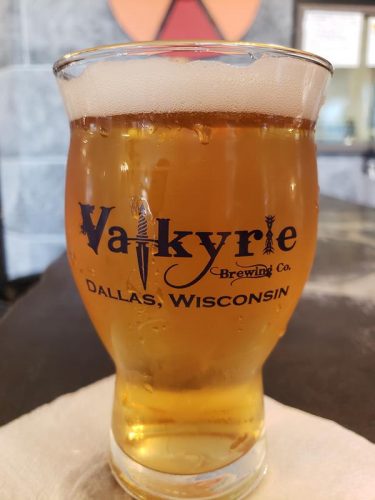 With over 25 years in business, the flagship beers at Valkyrie are well established but their selection of seasonals and special beers keep things interesting. Our last visit (September 2021) gave us a choice of 14 beers on tap; they have made almost 40 beers over their history. Their beers often follow traditional German styles but that can also vary. Some options include flagship, year-round beers like:

Valkyrie offers some special release beers too, including a Barleywine called Berserk and Mjød, whch is a Honey Brackett, the 1st of its kind brewed in the US. It is like a Mead – a honey wine with malt. This was the first beer brewed by owners Randy and Ann Lee, so it’s definitely a special release to them. Mjød returns in 2022. 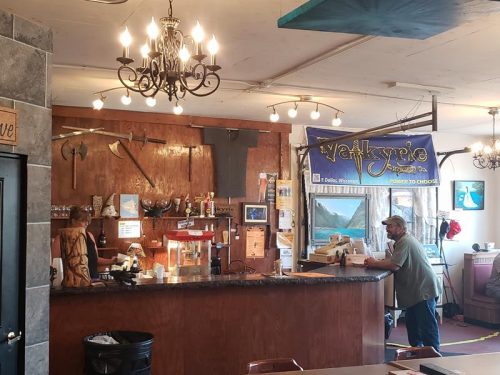 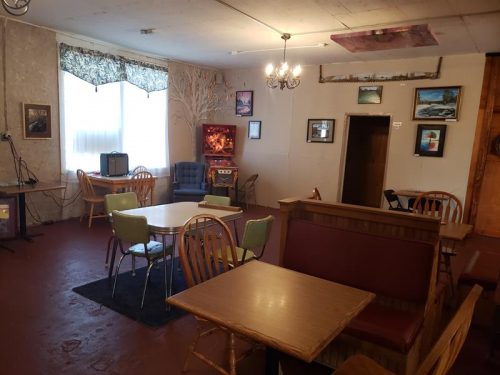 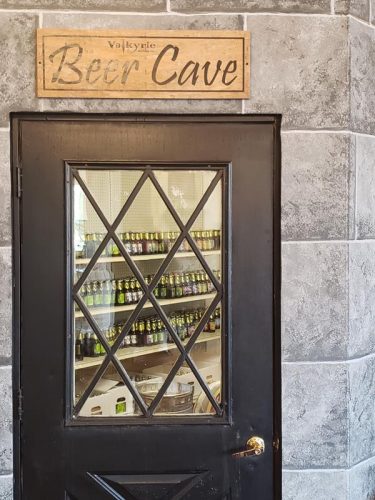 “Quirky” and “unique” are two adjectives that come up frequently when people describe Valkyrie Brewing’s brewery and tap room. Set inside a former Ford dealership built in the 1920s, the brewery has a Viking theme throughout. One large room features the bar and some booth seating, while a second large room has random tables, chairs, and accoutrements that can be described as random, but kind of cozy at the same time. Their Beer Cave is a nice, chilled room adjacent to the bar where you get some cool beer to go, browsing from a wide variety of their brews.

Valkyrie Brewing is open Friday and Saturday from Noon to 8pm, and sometimes other days. You can call them at (715) 837-1824 to make sure.