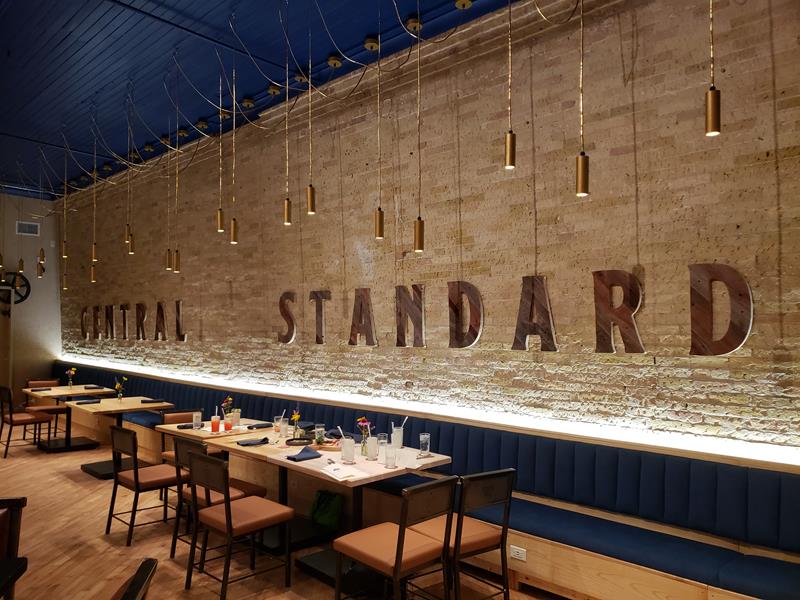 Central Standard Distillery originally opened in Milwaukee’s Walkers Point neighborhood, right about when MKE Brewing Company opened their brewing facility next door. Over the years, the distillery has expanded and moved its main production facility to Milwaukee’s near west side on Clybourn Street near 25th, hovering above a very busy I-94. What’s really cool is their new Central Standard Crafthouse & Kitchen; it’s also on Clybourn Street about 2 1/2 miles to the east in downtown Milwaukee, where its rooftop deck hovers above I-794, the neighboring Historic Third Ward, and Lake Michigan. 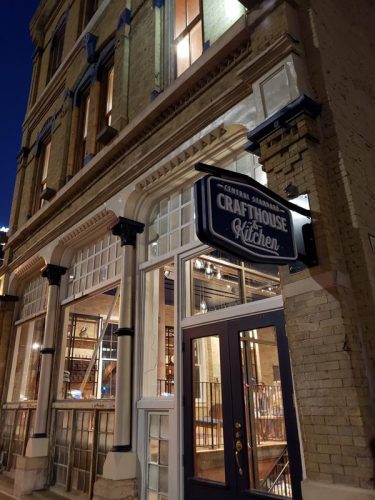 The name Central Standard was borne out of the time zone its two founders shared growing up. One co-founder, Pat, was originally from Nebraska; the other, Evan, grew up in Wisconsin. While imbibing in bourbon one evening, the idea for starting their own distillery arose, as did the name, since growing up on Central time was one of their few commonalities growing up. So, Central Standard Time inspired Central Standard Distillery.

Central Standard crafts its spirits in their near west side facility and also works with aspiring distillers to help them make their products. They began with bourbon whiskey and expanded to gin, brandy, and vodka, which they sell and serve either straight or in clever cocktails at their Crafthouse & Kitchen on E. Clybourn Street.

Their signature spirit is Red Cabin Bourbon, which is double-barrel finished in cabernet wine casks; it won Gold at the 2019 L.A. Spirits Competition in the Bourbon category. 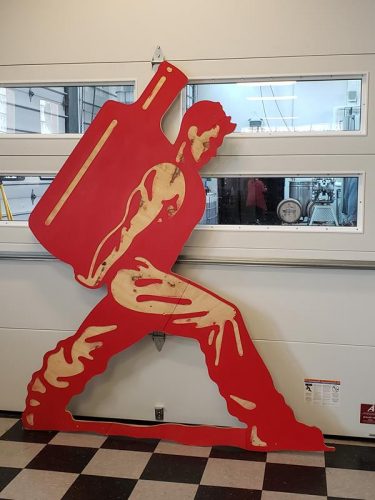 Other popular spirits include: 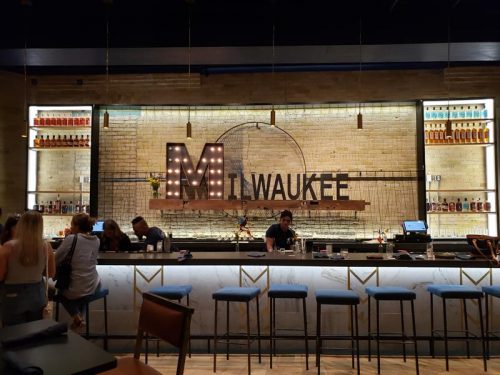 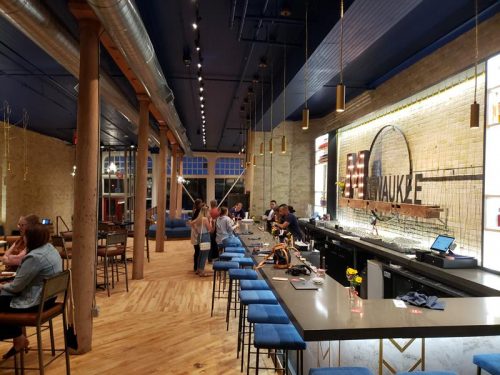 The bar area is very open, with restaurant seating along the walls in this beautiful, albeit narrow structure that dates back to the 1870s. They offer event space on the upper floors and a rooftop deck that provides a fantastic view toward the south, east, and west. I-794 is just below, and across the freeway is Milwaukee’s Historic Third Ward district. Lake Michigan is visible to the east, along with some of the Summerfest grounds stages and the Hoan Bridge; and to the west, beautiful sunsets over the city. A look back on the rooftop will reveal the many of the city’s tallest buildings. 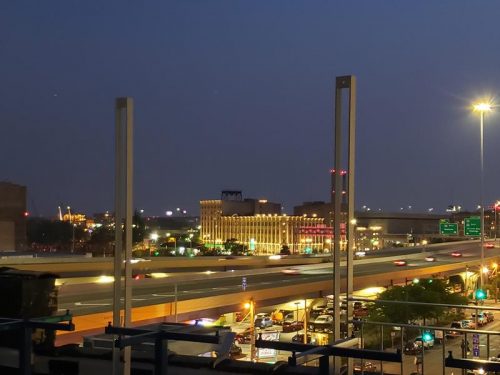 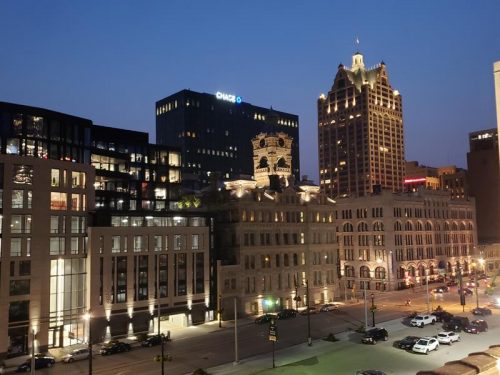 Find out more about Central Standard and other distilleries across Wisconsin in this episode of The Cabin Podcast, featuring State Trunk Tour founder and head travel writer Eric Paulsen, and Jim Kanter, CCO of Central Standard Distillery, right here!

Central Standard’s Crafthouse & Kitchen just opened in August, and plans for tours will be revealed soon. In the meantime, the bar, kitchen, and rooftop are open for exploring and enjoying. You’ll find Central Standard along E. Clybourn Street in Milwaukee, right between Broadway (southbound Highway 32) and Milwaukee Street (northbound Highway 32) one block south of Michigan Street, which is U.S. 18. I-794 is across the street, and access from I-43 & I-94 via the Marquette Interchange is just a mile away. 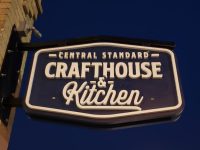 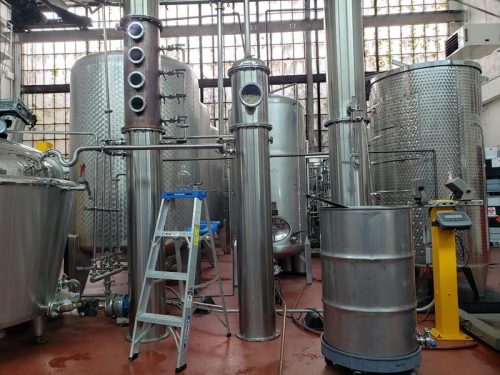 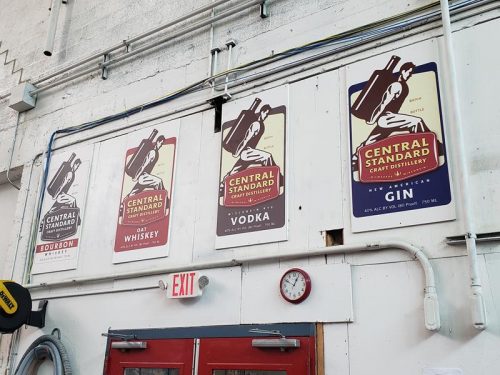 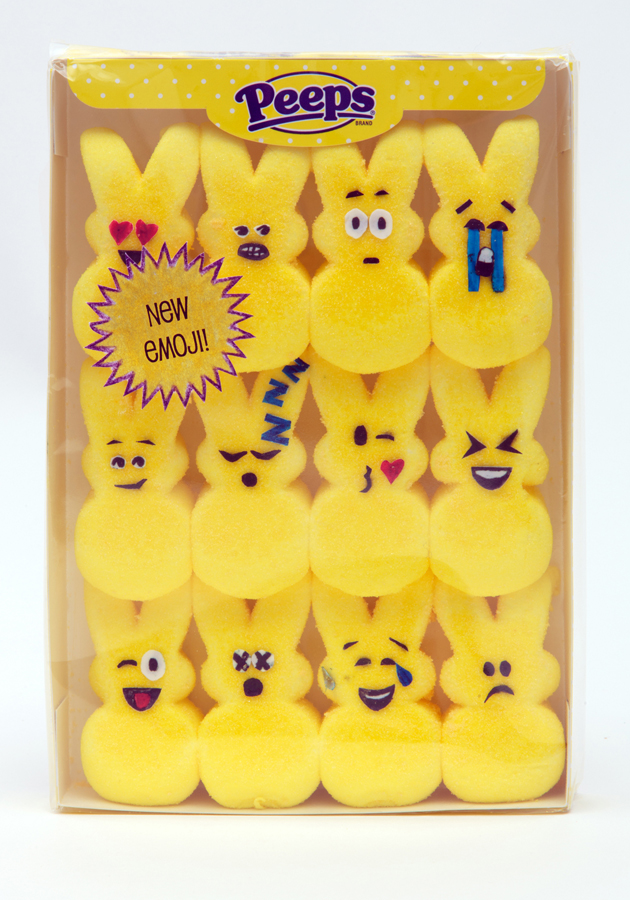