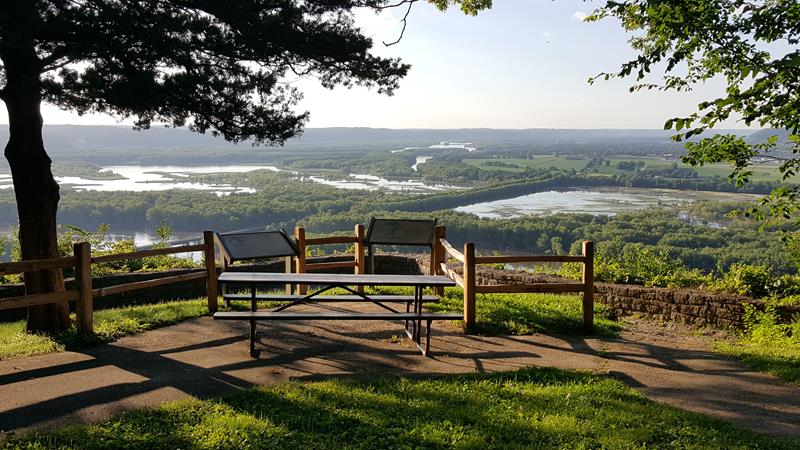 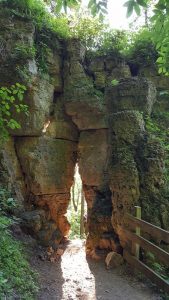 Today’s Visitor Center greets you at the park’s entrance, where you pay your entry fee and can get information. The original park office lies further in and today offers some park history, including early work by the CCC (Civilian Conservation Corps) to further develop the park during its second decade in operation.
Any tour of Wyalusing is bound to delight your senses, teach you some history, wrap you in nature, and serve as a wonderful getaway road trip.

You’ll find Wyalusing State Park in the northwest corner of Grant County, a few miles south of Prairie du Chien off U.S. 18/Highway 35 via County Roads C and X, which also serve as the Great River Road in this area. Highway 60 is also just to the north, across the Wisconsin River.

Find out more about Wyalusing State Park from the Wisconsin DNR here. 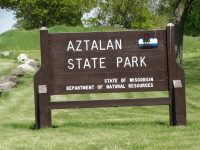 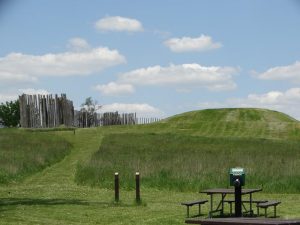 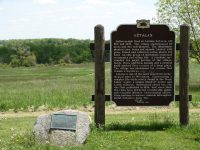 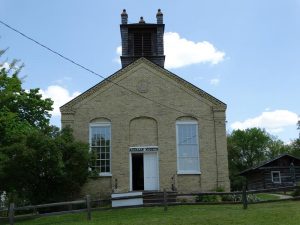 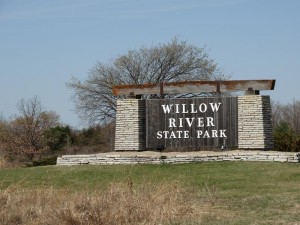 Following the Willow River and its beautiful valleys, Willow River State Park covers nearly 2,900 acres and offers terrific hiking, swimming, canoeing, camping, fishing, and more. The surroundings include forest and prairie grasslands with the river cutting through it all on its way to the St. Croix.

The park’s crowning glory is Willow Falls, a beautiful, cascading set of waterfalls in a rock- and tree-lined gorge nearly 200 feet deep. Trails bring you just above the falls and to the top of the rocks above; the views offer many angles, sounds, and sights. 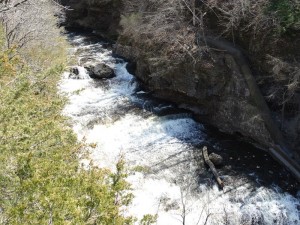 Willow Falls from 200 feet above.

Willow River State Park is located just north of U.S. 12 along County A in St. Croix County, about 5 miles northeast of Hudson. I-94 is just to the south and Highway 35 is nearby to the west.