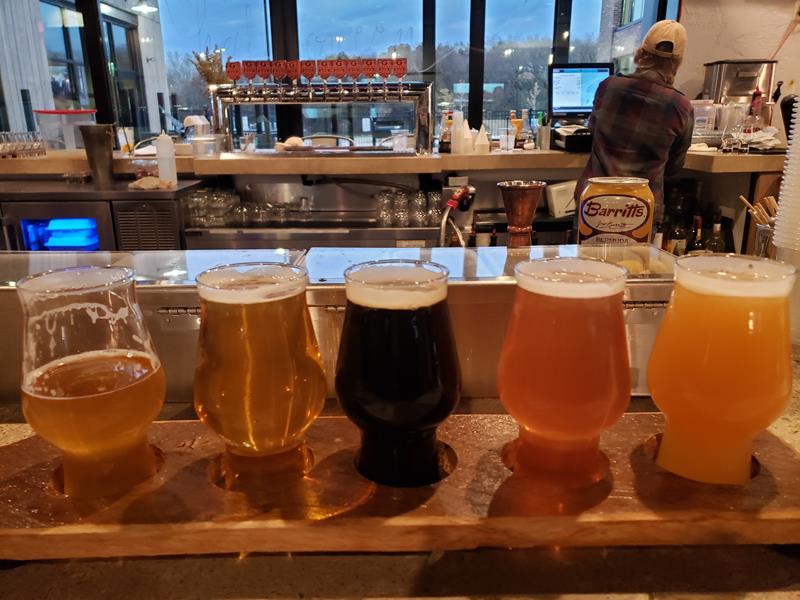 Perched on a hilltop with a nice sunset view over Beloit, G5 Brewing opened in May, 2019. It’s located along Gateway Blvd. on Beloit’s east side in a building with a modern design and lots of windows. At G5, the “G” stands for “Gunderson,” the founding family. It’s a family of five, so that tells you how the number came about. 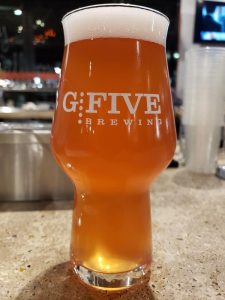 The beers at G5 (or “G Five”) range from a lighter Helles lager called Hot Day In Helles and a Kolsch called Hindenburg in a Lightning Storm (yes, the names are getting long and creative) to an Imperial Chocolate Chip Cookie Stout called Hand in the Jar (12% – it’s strong!) G5 also adds several IPAs, like their Pineapple Under the Lazy Sea Hazy IPA right up to the level of a hazy double IPA named Combo Up; there’s also a Milkshake IPA named More Than an Arms Length. Others we’ve seen but not on our last trip include a Coffee Porter called 2nd Favorite Cousin. Beers available tend to cycle in and out depending on the month and season, so of course this list may vary.

Samplers are available in 5-ounce pours, just name five beers (see the theme with the “5” in G5?) or of course you can get pints and more. As they continue to grow, more seasonal and temporary selections will be available. Just don’t ask for a “macro” brew here; they serve up their beers only. However, if you or some of your cohorts are in the mood for wine, mixed drink, or cocktail, the fully-stocked bar awaits.

G5 offers a pretty extensive food menu too, and the early returns are highly-rated for their burgers and pizzas, as well as their unique-for-a-craft-brewery bowls, which offer up several styles of flavors from Asian to Mexican. Their signature G5 sandwich is grilled ham and melted Gruyere on a pretzel bun – and there are plenty of other choices. 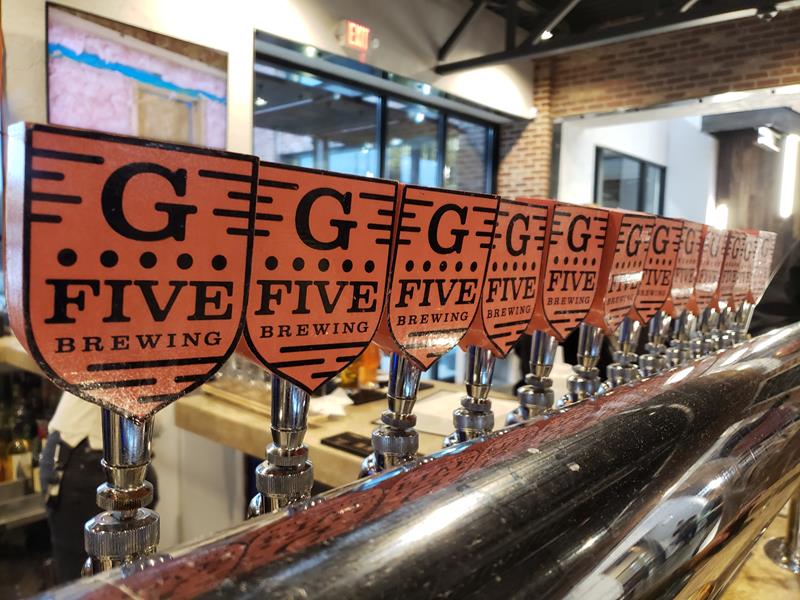 With windows all around and high ceilings, G5 feels very expansive; the views of the sunset can be particularly enjoyable from the long bar or the seating areas, which wrap around the south and west sides of the building. G5 sits atop a hill on Gateway Boulevard, in area otherwise filled with light industrial buildings and some newer apartments in this fast-growing section in eastern Beloit. Kerry Ingredients, one of the Wisconsin’s Fortune 500 companies, is headquartered just blocks away. And G5 certainly has done a great job so far with their ingredients, as we can tell.

You can access G5 Brewing via Gateway Boulevard from I-43’s Exit 2, just east of where Highway 81 ends and I-43 starts up at the interchange with I-39/90, which will be under construction seemingly until the mid-22nd century – but we’ll see. Highway 67 also provides access from the south via Gateway Boulevard, literally feet north of the Illinois state line.

And with this place being in Beloit so close to the Wisconsin-Illinois line – about two miles north, we believe – it’s quite possible that G5 is the southernmost craft brewery in Wisconsin. 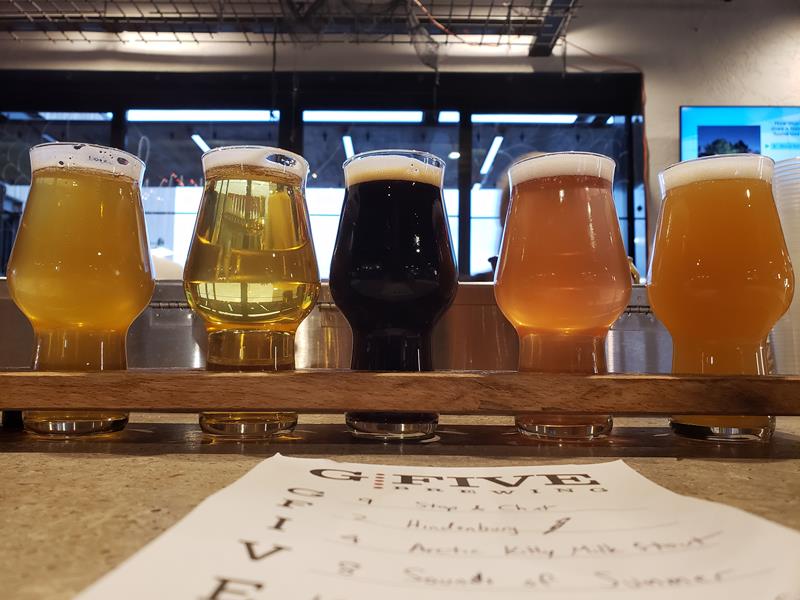