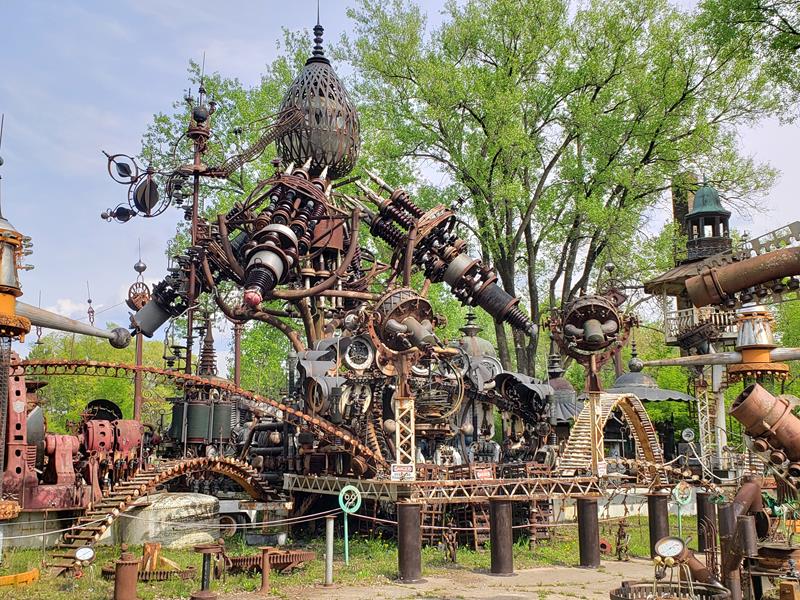 Along U.S. 12 in Sauk County as you ride between Sauk City and Baraboo admiring the Baraboo Hills, amazing sets of sculptures reveal themselves at Dr. Evermor’s Art & Sculpture Park, including the largest scrap metal sculpture in the world: Forevertron.

Forevertron itself stands about 50 feet high and is 120 feet wide. Built in the 1980s, it weighs 300 tons! It features all kinds of metal, including high-voltage components from 1920s-era power plants, scrap from the former Badger Army Ammunition Plant that was across U.S. 12 for decades, pieces from the decontamination chamber from the Apollo 11 spacecraft, and even two Thomas Edison dynamos from the 1880s! It’s truly a unique piece of art and metal. 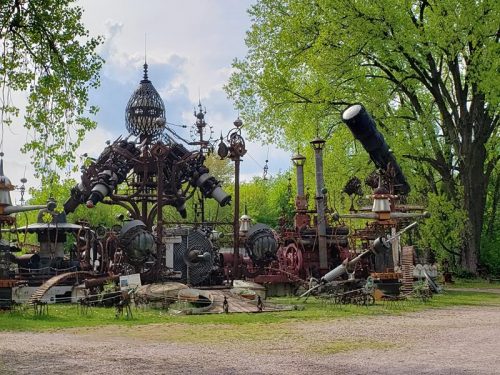 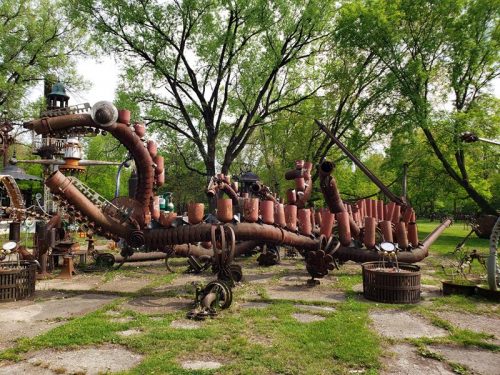 Dr. Evermor’s Art Sculpture Park is the brainchild of Tom Every, who was born in Brooklyn, Wisconsin in 1938 and just passed away in 2020. His constructed crafts include many of the installation art at House on the Rock, including for the World’s Largest Carousel down there. A demolition expert, Every spent decades collecting antique machinery that became part of Forevertron and all the crazy stuff around it. Every named his park after “Dr. Evermor,” a Victorian inventor who supposedly designed Forevertron that could launch him “into the heavens on a magnetic lightning force beam.” The sculpture is designed to be mobile and able to move to a different site if need be – Forevertron was built in sections connected by bolts and pins.

In addition to the Forevertron itself, the sculpture includes a tea house gazebo from which Every says: “Queen Victoria and Prince Albert may observe the launching of Dr. Evermor; it also includes a giant telescope where skeptics may observe the ascent.” Dr. Evermor’s art park is home to a large number of other sculptures, many of which relate to the Forevertron, such as the “Celestial Listening Ear” and the “Overlord Master Control Tower”. 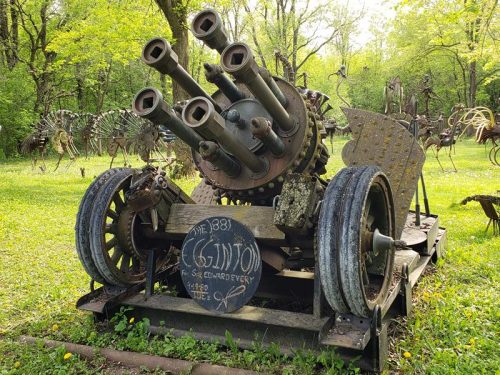 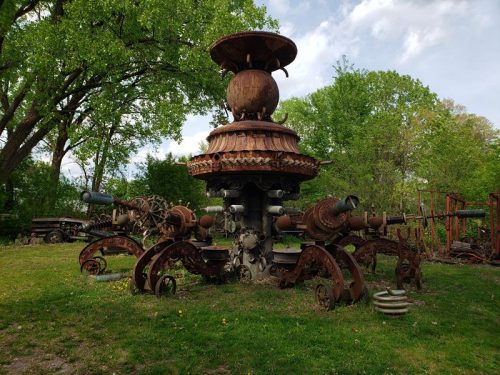 While considered the centerpiece, Dr. Evermor’s Art Sculpture Park features other large-scale sculptures and eye-popping pieces. You can check out gigantic insects like the “Juicer Bug” and “Arachna Artie,” one called “The Dragon” – where we’re surprised it doesn’t actually breathe real fire, given how crazy this place is, a bellows-driven train called the “Epicurean,” and an out-of-this-world one called, of course, “The UFO”. A dizzying array of sculptured birds – nearly 70 of them – make up “Bird Band and Orchestra,” which features pieces from 3 to 20 feet tall, all made from scrap industrial parts, geological survey markers, knives, loudspeakers, springs, and musical instruments, among other salvaged materials. 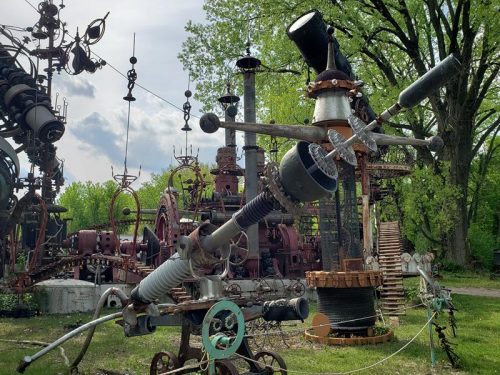 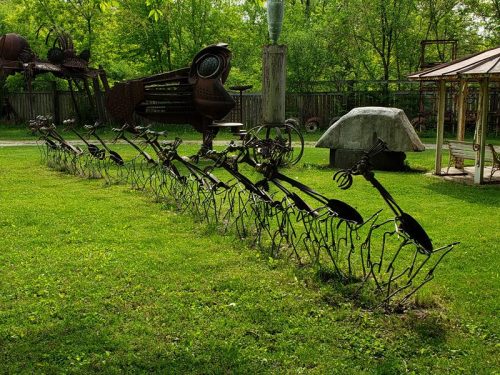 Tours of the art park site can generally be accessed from passing through the surplus store next door. It’s called Delaney’s Surplus, which is a cool unique shop in itself. They focus on surplus, wholesale, and closeout items and specialize in “oddities” – anything from canned goods and tools to heavy equipment. So you might find something cool to buy while you check out Dr. Evermor’s wildly unique sculpture park. It’s all along U.S. 12, check it out next time you road trip between Sauk City and Baraboo! 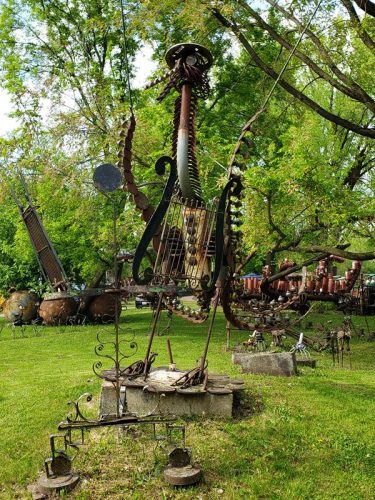 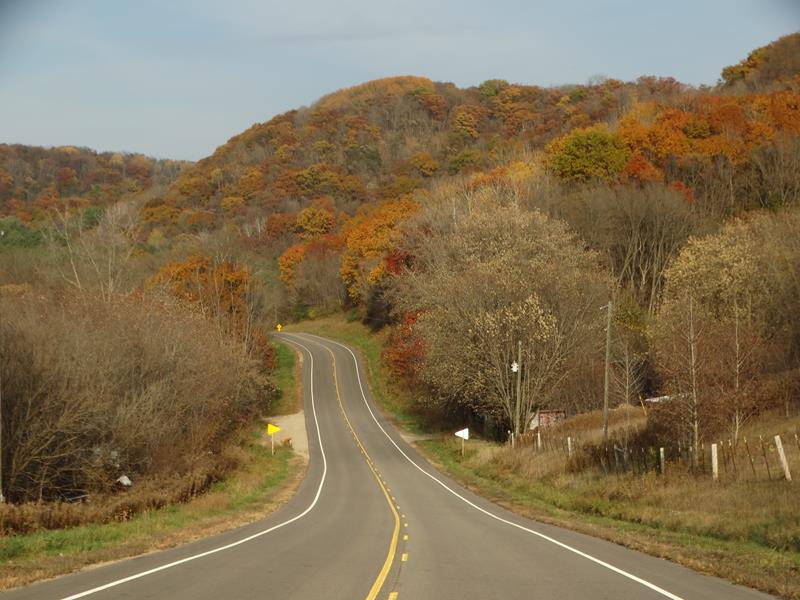 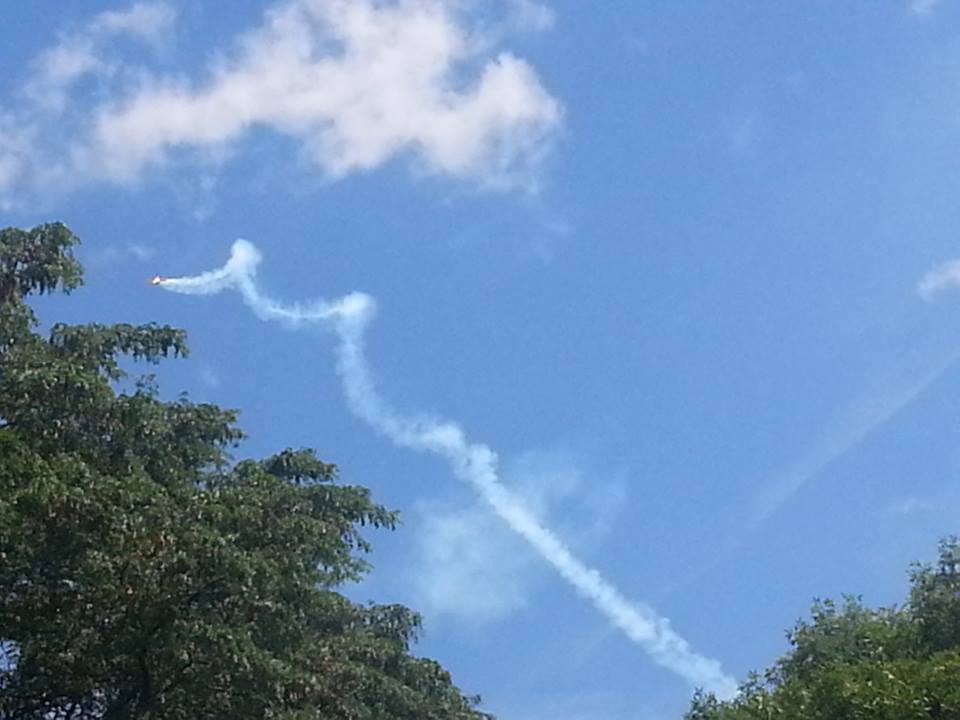