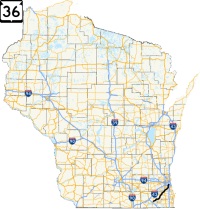 Quickie Summary: Highway 36 once began in Walworth, later in Lake Geneva. Today, the road that was Highway 36 northeast out of Lake Geneva as Highway 120, which runs north to East Troy. Highway 36 begins at Highway 120 about four miles north of Lake Geneva. It winds through the beautiful rolling countryside of Walworth and Waukesha Counties, hitting the “Chocolate City” of Burlington along with Waterford and Muskego on its way into Milwaukee County, where it serves as a major thoroughfare through the suburbs of Franklin and Greendale on its way to connect into the heart of Milwaukee’s south side and the city’s downtown via the freeway system. Lots of little history pieces line the way, and beyond the road at either end there’s plenty of adventure ahead.

The Drive (Southwest to Northeast):

Highway 36 as it ends southbound at Highway 120. Lake Geneva is a left turn and just a few minutes away. Meanwhile, Highway 36 northbound is about to head for 36 miles to Milwaukee.

Through the rural fields of Walworth County, Highway 36 works its way east and north. This area skirts the southern end of Kettle Moraine, which is a hilly section of SE Wisconsin formed when the advancing glaciers stopped – and left hills behind filled with all the stuff they pushed southward.

Burlington (pop. 10,464) started out as a settlement called “Foxville” – for its location along the Fox River – in 1835. A few years later, locals changed the name to Burlington, after the Vermont city many of the recent transplants from New England felt a need to salute (heck, it’s easier to spell than Montpelier.) Railroads came in 1855, and by 1900 Burlington officially became a city, nestled in the southwest corner of Racine County. 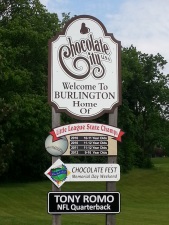 Entering Burlington, they make sure you know it’s “Chocolate City.”

Burlington once featured three breweries, including the former Finke-Uhen Brewery along the Fox River; its building is now occupied by the Malt House Theater, whose community theater company (called the “Haylofters“) have been operating since 1932.  Three years prior to that – or so they claim – the Burlington Liars’ Club was formed. They celebrate “Fibbing for Fame and Folly” (also alliteration, apparently) and annually hand out an award for “World Champion Liar.” We can’t lie when it comes to chocolate, and the addition of a 1966 Nestle plant gave Burlington the name “Chocolate City, USA.” Every Memorial Day weekend, Chocolate Fest tantalizes taste buds and offers plenty of music and activities. Several notable people hail from Burlington, including three-time World’s Strongest Man winner Bill Kazmaier, actor Gregory Itzin from “24”, former Miss Wisconsin winner and Miss USA finalist and current Milwaukee TV personality Caitlin Morrall, and perhaps most famously Dallas Cowboys quarterback Tony Romo; Romo got the nod on the “Welcome to Burlington” signs with the “home of” honors. Romo went to Burlington High School and worked at a State Trunk Tour favorite, Fred’s, as a busboy. Fred’s proclaims itself home to the “World’s Best Burgers,” a tall order indeed. Are they?  You’ll have to judge for yourself, but they’re definitely a State Trunk Tour pick! 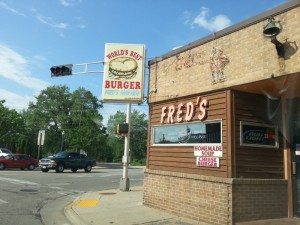 Fred’s, one of the many places in the world laying claim to its best burger.

The “city version” of Highway 36 runs through town southwest-northeast. Southwest of downtown, it’s primarily State Street and Milwaukee Avenue; northeast, it’s Milwaukee Street. Downtown along Milwaukee Avenue, the Logic Puzzle Museum offers a wild array of hands-on puzzles, brain teasers, and more. Next door, the Spinning Top & Yo-Yo Museum offers yo-yos, gyroscopes, spin toys, and plenty of hands-on science exhibits…. over 2,000 in all! Call first and get tickets, though; they are by appointment only. And, since it’s “Chocolate City USA”, check out the Chocolate Experience Museum (113 E. Chestnut Street, 262-763-6044), which houses exhibits that survive the annual Chocolate Fest, and other chocolate sculptures… even one that replicates the brick road from the Wizard of Oz – only this one is chocolate instead of yellow. Hurry, before somebody eats it! 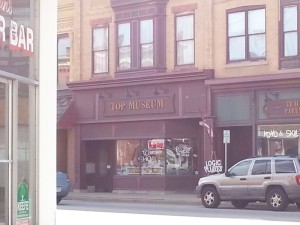 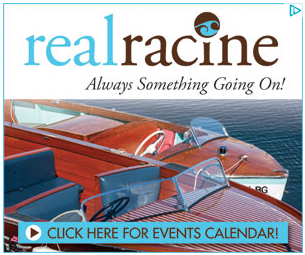