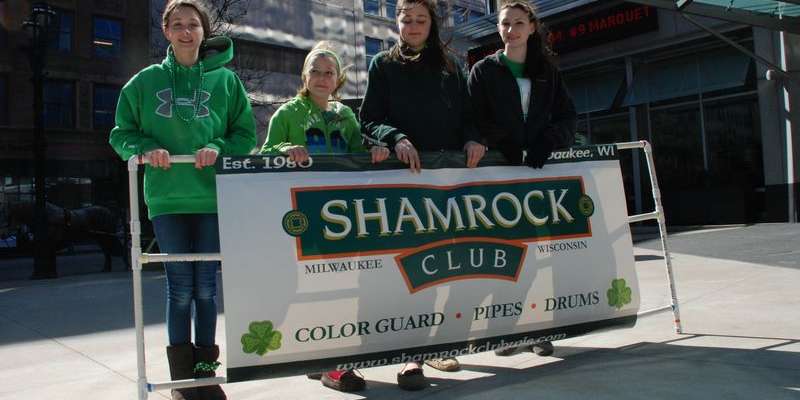 Check out one of the best St Patrick’s Day Parades in the country and the grandest parade in Wisconsin. The Parade will feature 140+ units and includes local politicians and celebrities, floats, bagpipe and marching bands and Irish and Celtic organizations. It’s the perfect event for the whole family, because on St. Patrick’s Day, everyone is Irish!

Before the parade, there’s an 8:30am mass at St. Patrick’s Church at 723 W. Washington Street just south of downtown. After the parade, the Shamrock Club Post-Parade Party will take place at the Irish Cultural & Heritage Center at 2133 W. Wisconsin Avenue, just west of downtown and the Marquette University campus. It’s Milwaukee’s Largest Family Parade Day Party and features four stages of entertainment. There’s a $2 admission fee ($10 family maximum) and children 10 and younger are free. There will be plenty of food and beverages too!

The parade itself starts at noon on 3rd and Wisconsin and finishes at Water and Highland. It will actually go over portions of U.S. 18 and Highway 32 in the city. I-43/94 and Highways 38, 57, 59, and 145 also bring you within blocks of the parade route.

The Milwaukee St. Patrick’s Day Parade website has full details on all the events. It’s definitely a fun way to spend a Saturday and prepare for St. Patrick’s Day (and week, based on the timing of the parade!)