Cadott hosts some major music festivals, including Rock Fest – the Largest Rock & Camping Festival in the US!

Rock Fest is THE top venue for people of all ages to come together for one common purpose: to congregate with other rock fans from across the world, in a place where rock music still matters. Featuring the very best of active and classic rock and legendary names in Rock Music, entertainment and experience are first priority. Aerosmith, Iron Maiden, Avenged Sevenfold, Kiss, Motley Crue, Fleetwood Mac, Tom Petty, Kid Rock, Shinedown, Five Finger Death Punch, Rob Zombie, Korn & many, many more rock legends have graced this permanent Main Stage spanning a quarter century. 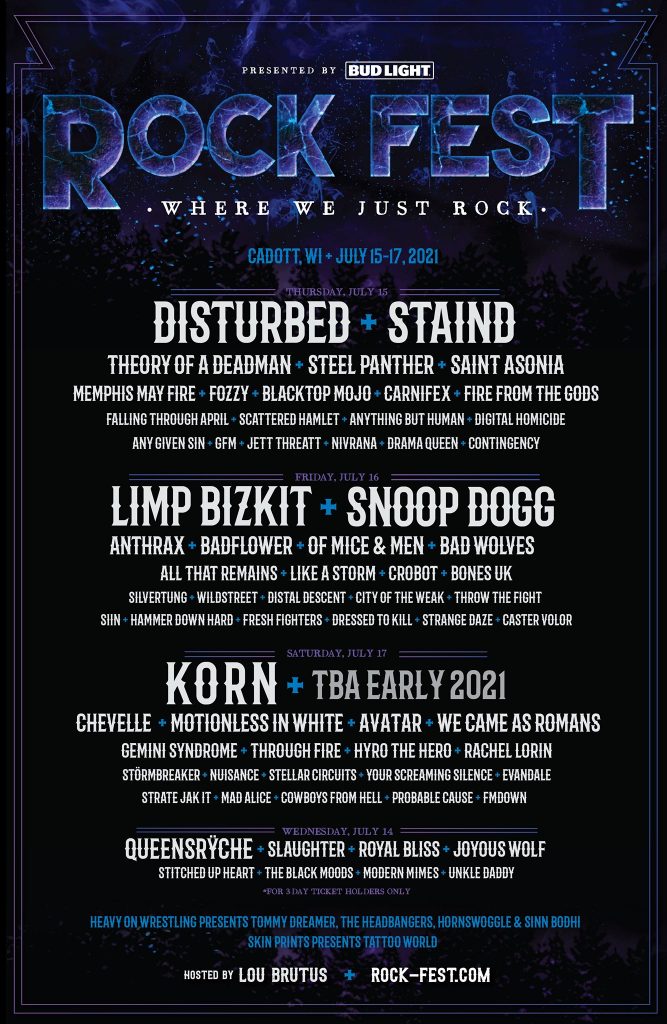 Rock Fest is set on 320 acres of picturesque land in Cornell near the junction of Highway 27 and 29. There are nearly 7,000 campsites within easy walking distance; hotels are available (especially in nearby Eau Claire and Chippewa Falls), plus daily shuttle service. Yes, this is kind of a big deal.

Get all the details, lineup, ticket options, and more at the Rock Fest website!