Afterwards, you can enjoy the Airmen of Note, the premiere jazz ensemble of the United States Air Force (and one of the six ensembles that form the Air Force Band.) Based in Washington DC, the Airmen of Note formed in 1950 as a continuation of the military dance band tradition started by Major Glenn Miller, the legendary bandleader and trombonist of the swing era. Some of their accolades include a discography of over 40 albums, performances and recordings with stars like Dizzy Gillespie, Doc Severinsen, and Nancy Wilson, commissioned works from top composers such as Bob Florence, Bob Mintzer, and Sammy Nestico, and reaching the #2 spot in the JazzWeek jazz chart for their holiday recording of “Cool Yule.” The Airmen of Note will perform not only Friday night after Grace Kelly & The New York Voices, but also Saturday at the 4pm awards concert. 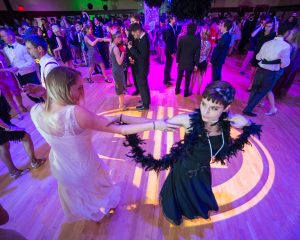 Throughout the Eau Claire Jazz Festival, you can check out Student Performances throughout Friday and Saturday, where student combos and big bands will compete for various accolades and prizes including the chance to play on the headline concerts or even win a free instrument for their school.

The Gatsby Gala event lets you step back to the roaring ’20s where you’ll be surrounded by the sights and sounds of the era! The UW-Eau Claire Jazz I and Jazz II ensembles will perform with special guest artists throughout the night. Expect to hear non-stop music including all your favorite classics from the swing era and even charts with a modern take on the style. Come dressed in your favorite 1920’s-inspired black-tie attire and get ready to party! Tickets are separately purchased for this event and can be secured here.

As you can tell, there are quite a few reason to check this out. It all happens in the new Pablo Center at the Confluence in downtown Eau Claire, a venue that just opened in Fall 2018 with a 1,200-seat main theater, an adjacent 400-seat theater, and other public and event spaces. Definitely a cool new place to check out as you enjoy great music and everything else Eau Claire has to offer! 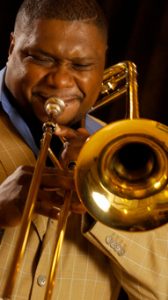