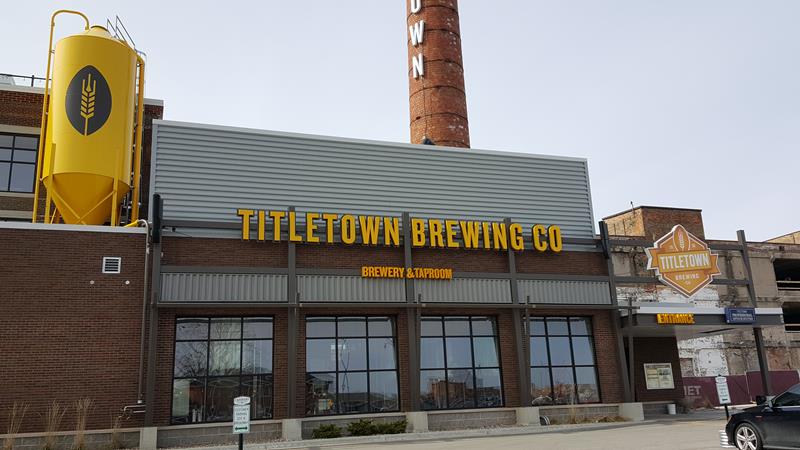 Titletown Brewing Company opened to the public in December of 1996, flush with the excitement and glow of the Packers’ first championship season run in nearly three decades. The timing was beautiful, as Green Bay became “Titletown” once again by winning Super Bowl XXXI. The brewery opened inside Green Bay’s former Chicago & Northwestern Train Depot, a beautiful two-story structure that opened in 1899 and continued to serve train passengers until 1971 and freight trains until 1994. It still has tracks out front, which are fun to play on since trains no longer run on them.

Titletown grew nicely, even ranking as one of the Top 20 Brewpubs in the U.S. based on volume. Expansion was necessary, and fortunately some warehouse buildings across the parking lot to the west became available. Titletown renovated the space and opened a larger brewery and a new Tap Room called Titletown Beerworks in 2014. A  year later, their Roof Tap opened atop the building, offering indoor and outdoor quaffing and event space along with a view of downtown Green Bay. Some wonderful nods to history are featured too, with the space inside Titletown Beerworks, which originally opened in 1908. Among other things, you’ll be able to check out 1,200 pounds of restored mechanical gear, window frames from the original building, and even some original light fixtures. The brew house was designed into the boiler room of the building, which for decades was a vegetable plant. Up top on the Roof Tap, you will also see original fans from the building perched behind the bar along with a 100-year-old fire door surrounding the fireplace.

Oh yes, the beer! At our last check (January 2021), Titletown Brewing features include:

You’ll find Titletown’s original tap room and restaurant (for the time being) in the original C&NW Depot, right along U.S. 141/Dousman Street, with the iconic Packers statue out front that once stood on the grounds of the Packers Hall of Fame before they moved into Lambeau Field. The Tap Room, Roof Tap, main brewing facilities, and the expanded restaurant are right across the parking lot, at 320 N. Broadway. U.S. 141 wraps around both via Dousman and Broadway. 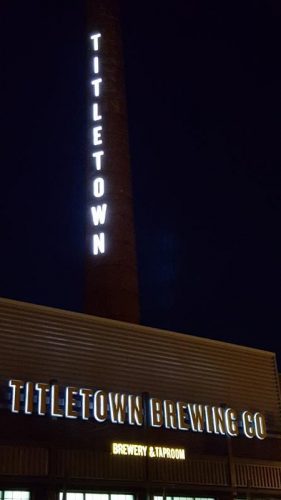 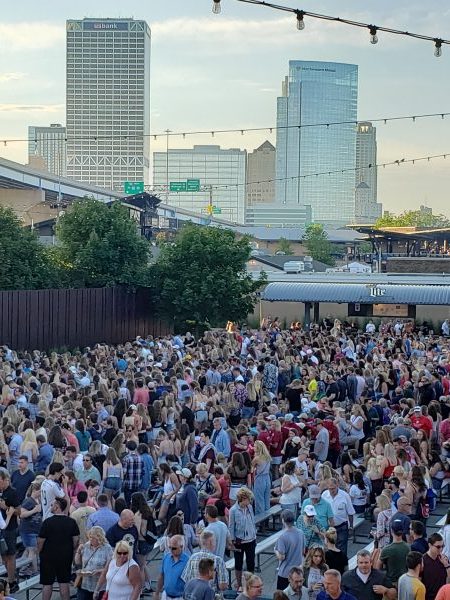