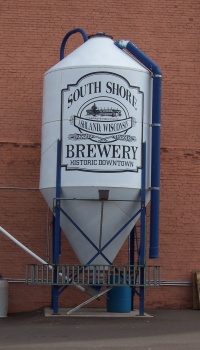 Ashland and Washburn may be on the northern edge of Wisconsin, but they’re on the south shore of Lake Superior; hence, the name and locations of South Shore Brewery. Originally launched in The Depot in Ashland in the 1990s, it was certainly one of the earlier entrants in the craft beer boom in Wisconsin. A fire at The Depot in April, 2000 forced their relocation to the brick and brownstone building on Main Street where they brewed their beers for years and still serve them in a restaurant – The Deep Water Grille – and a bar and patio called The Alley. 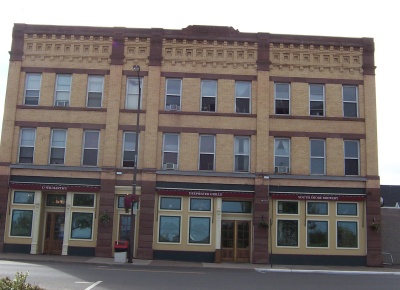 South Shore Brewery kept growing, necessitating new production facilities; they added a new, larger production facility and Tap House up Highway 13 in Washburn, where you can take a tour and sample their brews.

You can keep up with their seasonal and specialty releases here.

You can find South Shore Brewery in Ashland along Main Street, just off U.S. 2 and Highway 13. Highway 137 is just to the south. Their Washburn location is along Highway 13 going through downtown. Both are within blocks of its shore namesake, Lake Superior.