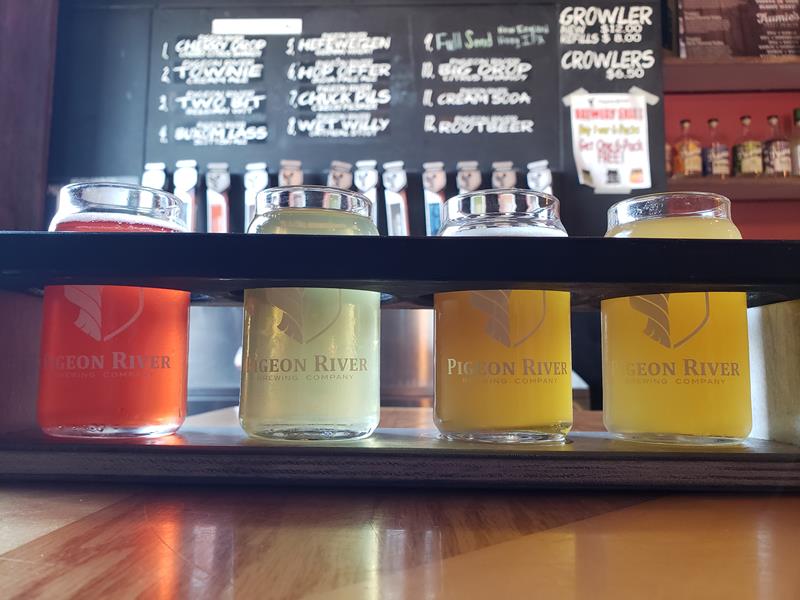 Located along Highway 110 within eyeshot of U.S. 45 in Marion just north of the Waupaca-Shawano County line, Pigeon River Brewing Company believes that beer is “more than just a catalyst for drunkenness” (it’s right there on their website). Pigeon River opened in 2012 (despite the “end of the world” prognostications for later that year) right along U.S. 45 by its namesake river. It relocated into a much larger facility nearby in 2016, upgrading to a 10BBL system and more choices from both their brewery and their kitchen. Their tap room features barn board and beam décor from local farms, custom-built booths and light fixtures, and twelve tap lines. In season, a patio lets people take in the great outdoors. 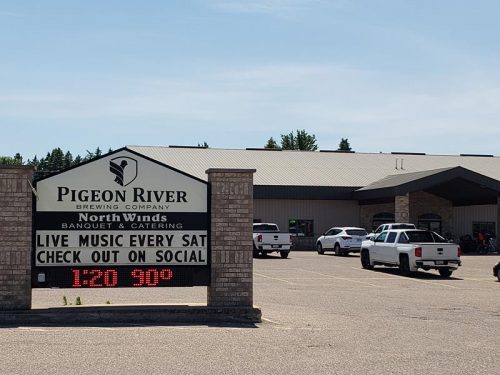 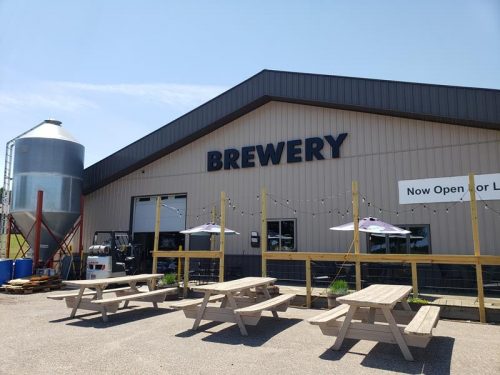 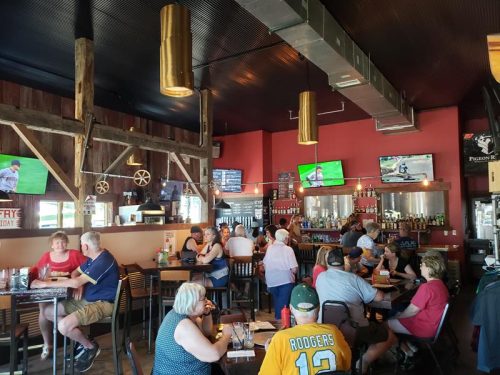 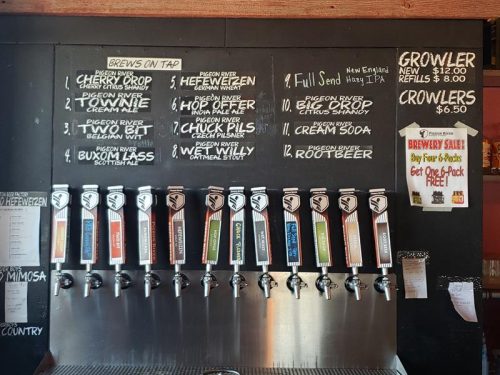 Lovers of spirits will be happy to know that Pigeon River also offers a full bar, craft cocktails, and other imbibements. They also have a complete menu of seltzers and soads… basically, you can bring anyone here and they’ll find something they like.

The full kitchen at Pigeon River offers appetizers, burgers, salads, wraps, wings, flatbreads, and a Friday fish fry. Pizzas are also available, with some unique combos like a Reuben pizza and BBQ Chicken Pizza to complement the more traditional varieties.

Pigeon River Brewing’s Tap Room & Restaurant is open Monday-Thursday from 11am to 8pm and Fridays and Saturdays from 11am to 9pm, although on any of these days the bar may stay open later. They are closed on Sundays.

You’ll find Pigeon River Brewing Company in Marion, right along Highway 110 within blocks of where it ends at U.S. 45. It’s about halfway between Clintonville and Wittenberg along U.S. 45.