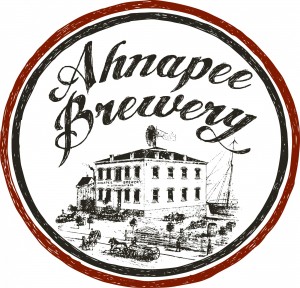 Making use of Algoma’s earlier name, the Ahnapee Brewery is a resurrection of an original that lasted from 1868 to 1886. Located next to the Von Stiehl Winery, Ahnapee came back in 2013 with a brewery just outside of town that supplies in their in-town tap room with fresh craft beer.

Ahnapee’s revolving list of brews includes styles like the Pain in the Rye (a blonde Roggenbier), Helles in Red, Fun Guy (a mushroom brown ale brewed with actual North Woods mushrooms), the Two Stall Milk Stout, the Wild 100 sour, and more. Their tap room features eight lines always offering either their own crafts or other Wisconsin-based brews, along with “gourmet” pizzas made in-house. They’re open Wednesday-Sunday, always opening at noon while closing at 9pm Wednesday and Thursday, 10pm on Friday and Saturday, and 5pm on Sunday.

Ahnapee Brewery’s Tap Room is adjacent to the Von Stiehl Winery along County S in downtown Algoma, just east of Highway 42 and north of the eastern terminus of Highway 54, within a few hundred yards of Lake Michigan.