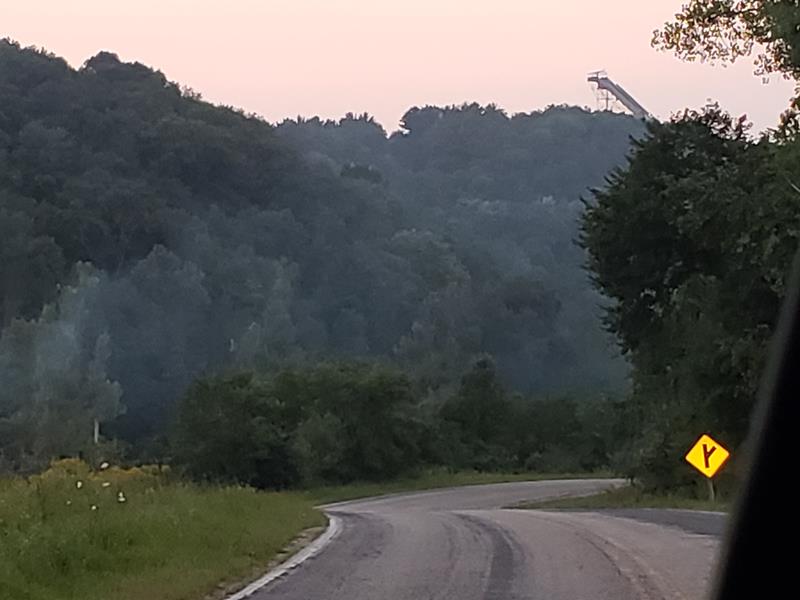 This is the Snowflake Ski Jump from County P, about two miles from Highway 27. And yes, on a clear day, it towers above the horizon from the highway, too. 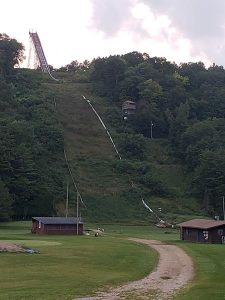