Stevens Point is home to the 5th oldest continuously operating brewery in the United States. The Stevens Point Brewery started up back in 1857 and supplied beer to Civil War troops, near-beer to people waiting out Prohibition, and Chicago Daily News columnist Mike Royko in 1973, whose choice of Point Special as the best-tasting beer in America launched it to new heights. Today, Point sells their beer in 27 states.

Point has since expanded its line to include a variety of craft-style beer and ales, including several seasonal varieties. Along with flagship Point Special, they feature Point Cascade Pale Ale, Beyond the Pale, Drop Dead Blonde, Nude Beach, Horizon Wheat, Point Smiley Blue Pils, the 2012 Black Ale (which played off the end-of-the-world predictions that year), and a line of gourmet sodas that includes a tasty root beer. 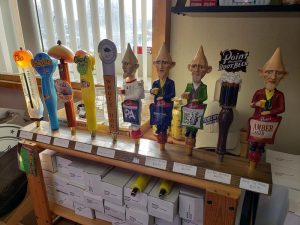 Among other things, the Gift Shop at Stevens Point Brewery offers a variety of their tap handles. 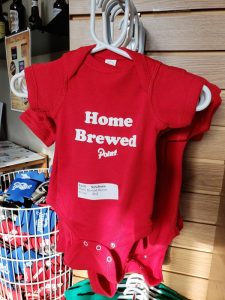 The Point Brewery Gift Shop even has clothes for a littlest ones, who of course, ARE home-brewed.

Their hour-long tour takes you through all facets of the brewing process, including a look inside the copper kettles and samples of the resulting products. This really goes bring you through the middle of everything; closed toed shoes are required. Tours are available Monday-Saturday on the hour, usually from 11am-2pm but it can vary by season. Their Gift Shop features plenty of memorabilia to take home, including of their legendary advertising slogans and designs. Definitely one of the most comprehensive brewery tours in the state!

You’ll find Stevens Point Brewery about a mile south of downtown along Water Street. It’s a few blocks west of Business U.S. 51. Highway 66/Historic U.S. 10 is nearby to the north and Highway 54 approaches within several miles to the south. I-39/U.S. 51 is about three miles east. 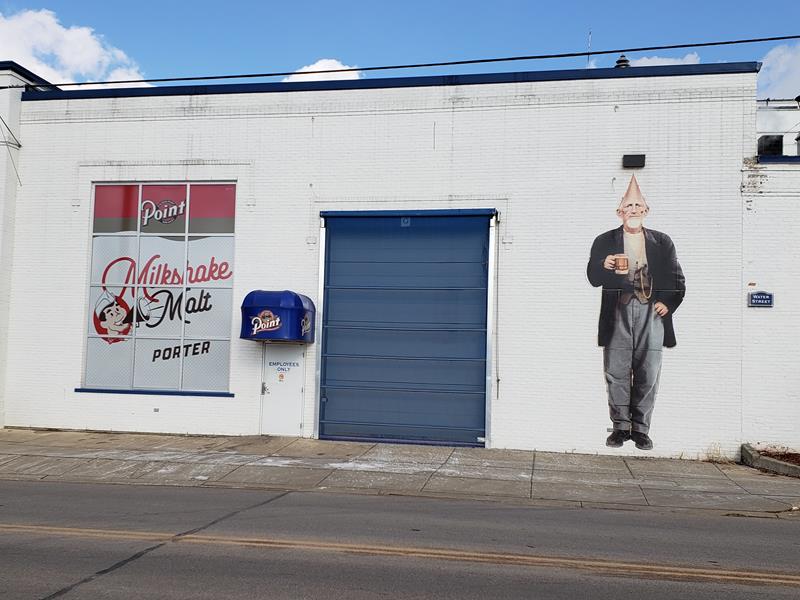 Stevens Point Brewery is a little secretive about the origins of their mascot, who may have inspired “The Coneheads” on SNL,.