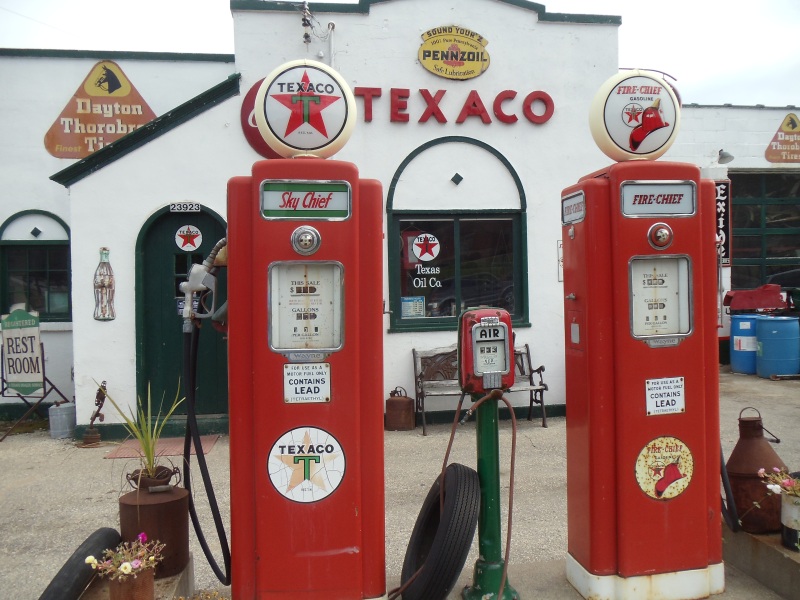 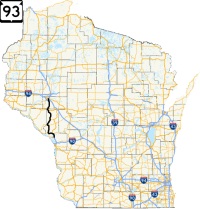 Quickie Summary: State “Trunk” Highway 93 is one of two relatively direct connections between Eau Claire and La Crosse – the other being U.S. 53. Highway 93, though, is the faster and less meandering of the two, which is why it’s the “orange” line on Wisconsin state maps – it’s considered the main connector. It’s a nice ride through the northern part of the “Driftless Area” with plenty of valleys and vistas for picture-taking or just general gazing, all while connecting two of western Wisconsin’s largest cities.

The Drive (North to South): 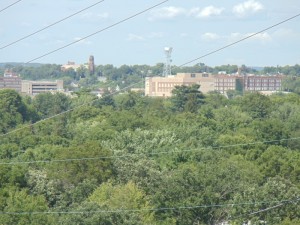 Highway 93 begins on the southeast side of Eau Claire (pop. 65,883), so before you head out, make sure you visit the place. Eau Claire is the largest city in northwestern Wisconsin and the ninth-largest in the state, it was founded at the confluence of the Chippewa and Eau Claire Rivers. Eau Claire was named after early French explorers’ declaration of “voici d’eau claire!” (“here is clear water!”) and the city’s ties to its water resources have been tight ever since. The movement of the water gave rise to as many as 22 sawmills that operated in the city in the late 1800s; however, the rivers also run lazy enough to allow for recreational tubing by thousands of UW-Eau Claire students during the summer months. 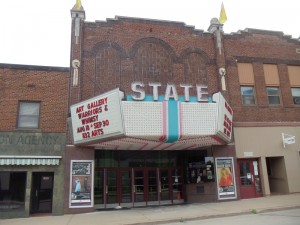 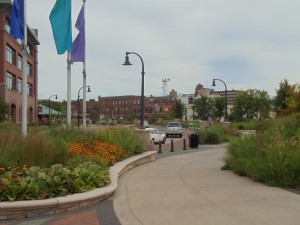 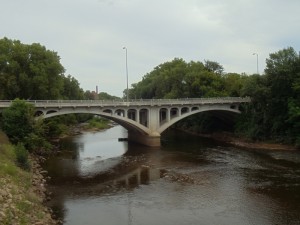 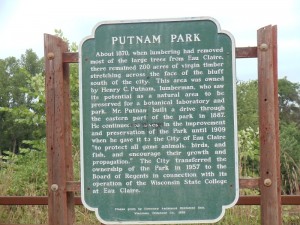 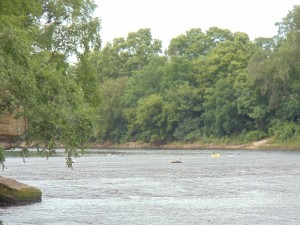 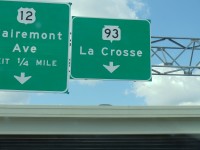 Highway 93 officially begins heading south from U.S. 12 (Claremont Avenue) at U.S. 53 (Hastings Way). From there, it’s a busy boulevard ride through a bustling area of Eau Claire (it’s near the mall, after all), heading over I-94 and then diving into the farmlands south of the city. This is a fast-growing area of Eau Claire, with suburb of Altonna just to the east and the newer U.S. 53 freeway connecting to Superior serving as a major catalyst for development.

Left: The first Highway 93 sign heading out, just past a major shopping area in Eau Claire. The first few miles of Highway 93 move you along at a pretty good clip – provided you hit the lights right. Right: Just south of I-94, a four-lane stretch lasts for a bit as you head into the…um, suburbs. Eleva lies ahead, but it’s a little ways yet.

Highway 93 is a busy 4-lane highway heading south at first, crossing over I-94 and heading into southern parts of Eau Claire County. Eau Claire sits on the northern edge of the “Driftless Area” part of a wide swath of Wisconsin, Minnesota, and parts of Iowa that were spared the relative flattening of the land that the glaciers imposed tens of thousands of years ago. The result? You come across some nice topography and beautiful views almost right away. As Highway 93 gradually transitions from four-lane divided highway to two-lane rural road, the drive becomes more and more scenic. 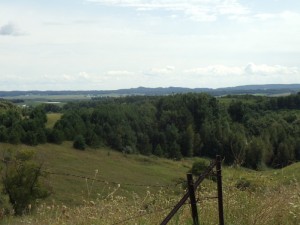 After a cross into Trempealeau County, the next town up is Eleva (pop. 675). Highway 93 meets up with U.S. 10 in this village, which features some interesting structures. Bridges over ponds, turkeys on buildings, grass on roofs, that kind of stuff. Makes for an interesting look-see in such a small town. 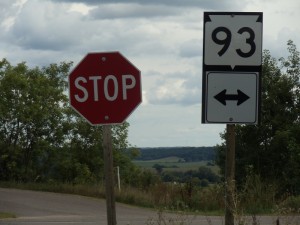 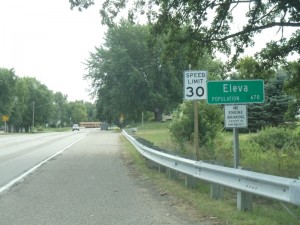 [highlight] State Trunk Tour Tidbit:
Eleva’s original name was “New Chicago.” When the local grain elevator only had “ELEVA” painted on it before winter struck, newcomers saw it and assumed it was the name of the village. Hey, better than being associated with Chicago… [/highlight] 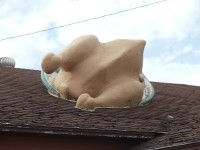 For such a small town, Eleva and its environs have their fair share of eye-catching businesses. The Family Farms Market prefers grass to shingles for its roof; the Elk Creek Inn (N40351 State Road 93, 715-985-3304) further south towards Independence evidently offers turkey dinners, as evidenced by their roof. Can you imagine if they put samples of the whole menu up there?

Past Eleva, Highway 93 passes through small settlements like Chimney Rock and Elk Creek. The scenery on this stretch is great, with long vistas and plenty of curves. A few miles down the road, Highway 121 comes in Gilmanton and joins Highway 93 for the ride into Independence (pop. 1,336), the first incorporated city along Highway 93 since Eau Claire. The area was named Independence in 1876 and became a city in 1942. Located where Elk Creek merges with the Trempealeau River, Independence also features 35-acre Bugle Lake, which has an island park and is popular for both lake homes and multiple festivals, such as on Independence Day (fireworks reflecting off water are cooler than fireworks over land, after all.) It also hosts one of the state’s most popular ice fishing contests, held every February.

Highway 121 heads east toward Whitehall on the north end of town while Highway 93 dives right into downtown Independence. A lovely church (below) from 1895 greets you on the north side of town, while in the downtown area, a number of interesting older buildings will catch your eye.

The City Hall was completed in 1903 and the clock tower has “towered” over Independence ever since. There is an Opera House on the second floor, used for various activities and events. A restoration completed in 2002 updated quite a few things inside, but the exterior retains its classic look.

As you continue through downtown Independence, on the south side you’ll come across Nelson’s Straightline Texaco Station (23923 Burrows Road/Highway 93, 715-985-2626), a restored 1931 Texaco station that still operates… as a used car dealership. It’s an absolute draw for car and old gas station buffs… memorabilia from the 1930s and 1950s are in abundance. 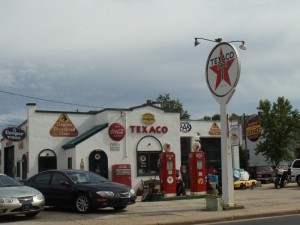 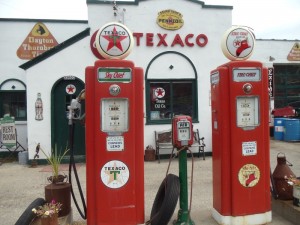 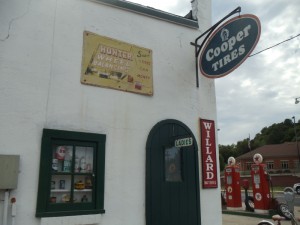 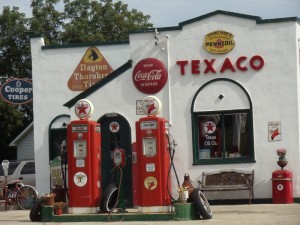 South of Independence, Highway 93 continues through beautiful countryside. Next up is Arcadia (pop. 2,925), the largest city in Trempealeau County. Arcadia may be best known as the world headquarters of Ashley Furniture Industries, Inc.. From this quaint burg, Ashley operates over 400 stores, plus manufacturing and distribution facilities in six U.S. states, plus China, Vietnam, and more. It’s rare that a company founded in Chicago in the 1940s ends up controlling a worldwide corporation from a small Wisconsin city, but here’s how.

Today’s Highway 93 skims the eastern edge of Arcadia; what is now County Highway A is the former route of 93 that used to go directly into town. The main street running through “downtown” Arcadia is Highway 95, and it’s worth the very brief detour. A good stop is Memorial Park, an Ashley-financed endeavor that salutes and pays tribute to the fighting men and women of all of our wars and conflicts. We’re talking everything from the Revolutionary War to World War II to victims of the 9/11 attacks… which includes a steel beam from the wreckage of the Twin Towers in New York City on that fateful day. A 2,500-seat amphitheatre and other facilities are also included in the park.

There is, of course, an Ashley’s Home Store on Highway 93, since you’re in the heart of it all!

Heading south from Arcadia, Highway 93 again rides ridges and swoops through valleys as it continues south through Wisconsin’s Driftless Region. A few marked “scenic overlook” areas are just the beginning of the expansive views one can take in of the rolling hills, farms, distant ridges and valleys, and more that makes this one of the most beautiful areas in the Midwest. The only named crossroads for miles is a settlement called Tamarack; past there you just keep getting closer to the Mississippi River, although on Highway 93 you never quite reach it. 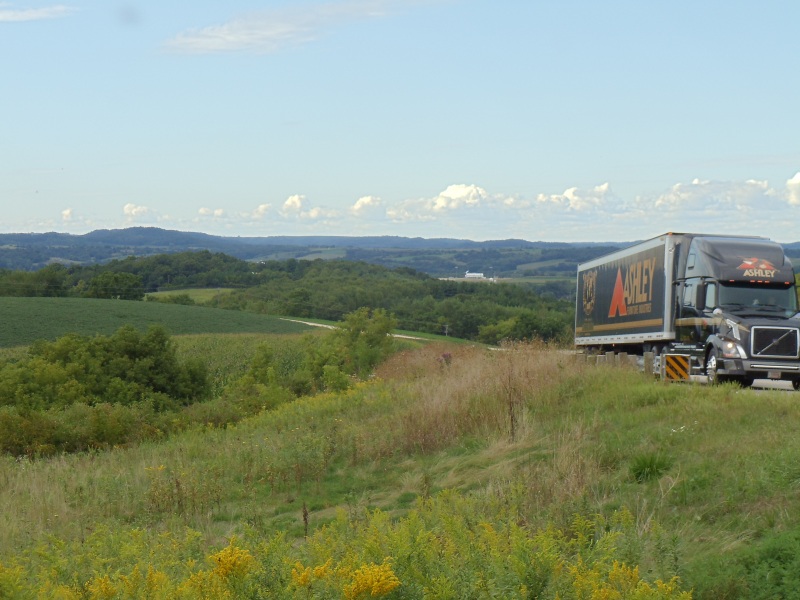 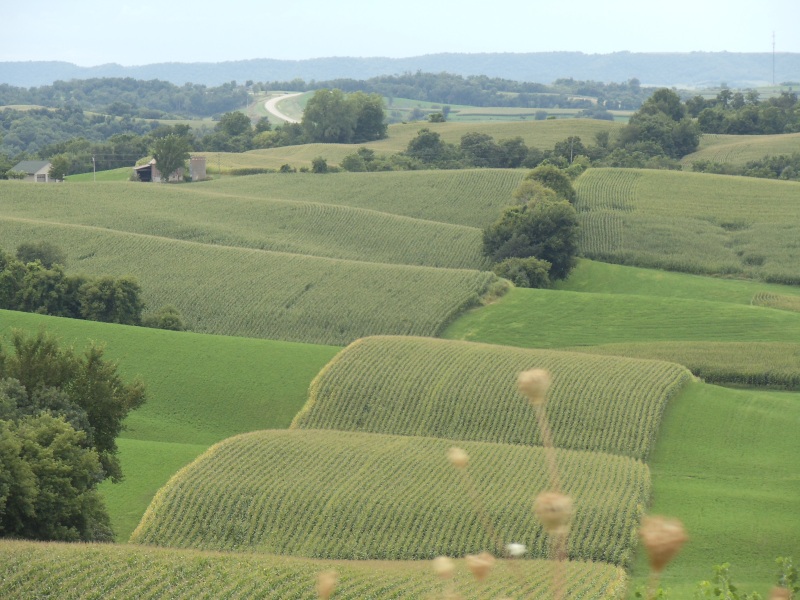 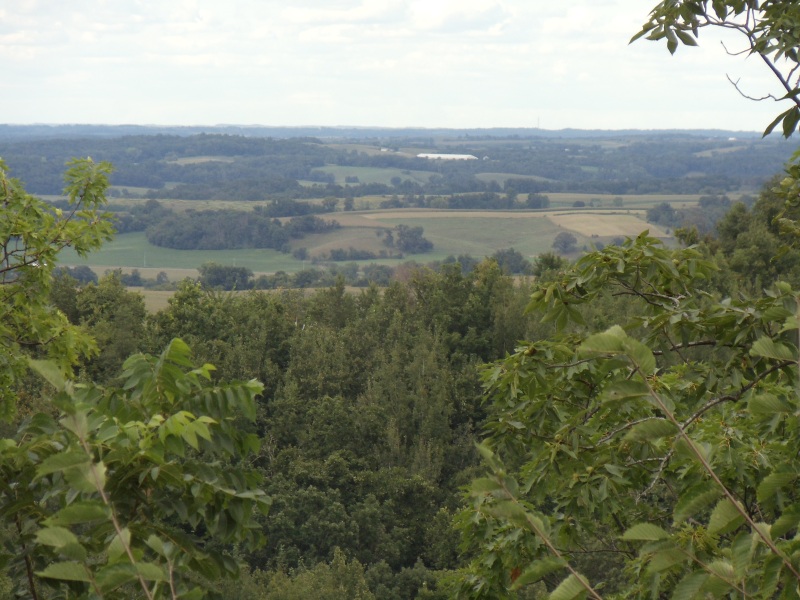 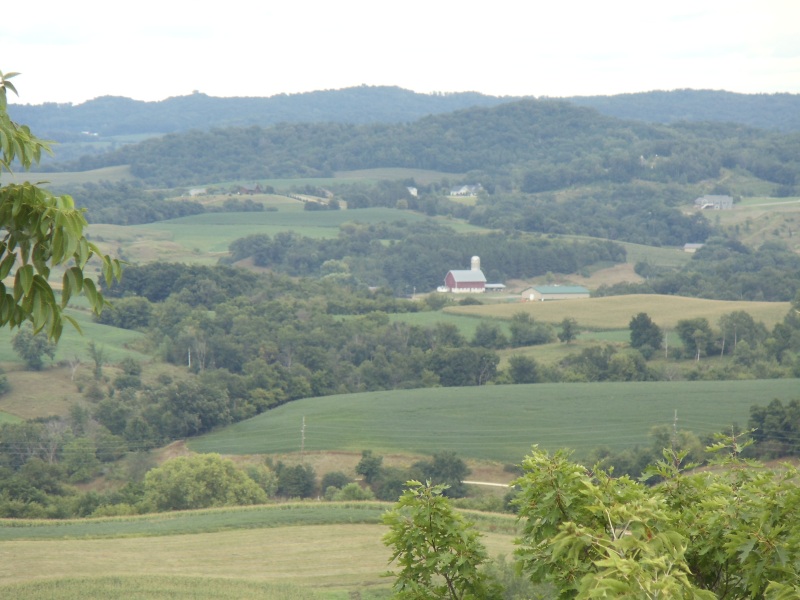 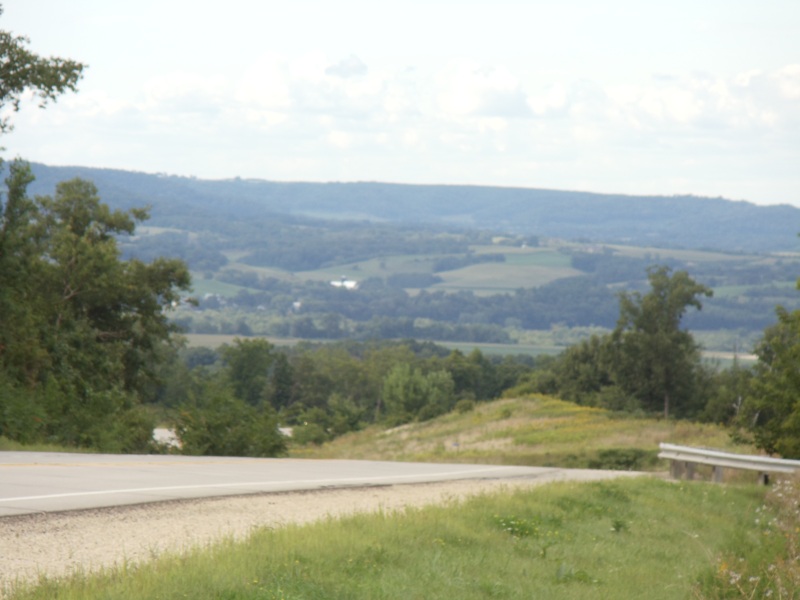 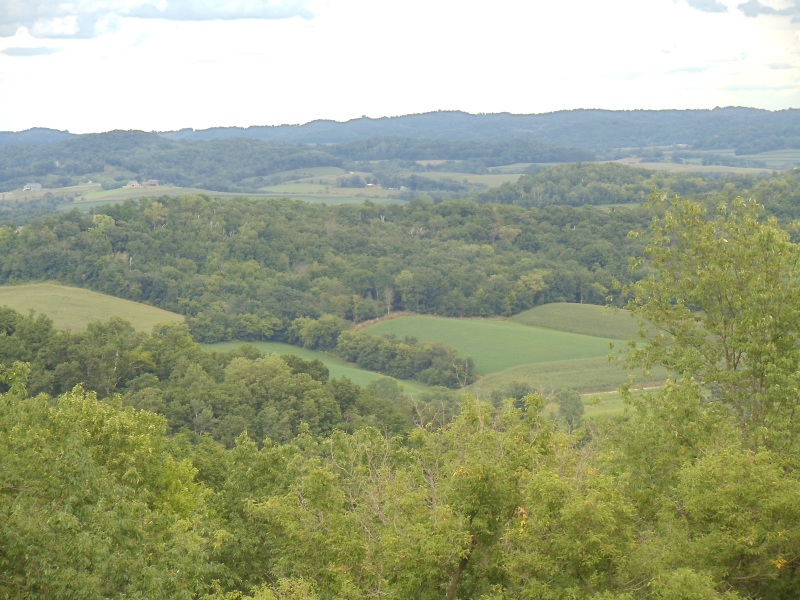 Eventually, Highway 93 heads down a few hundred feet into unincorporated Centerville, where there’s a junction with Highways 35 and 54. From this point on, Highway 93 joins other routes; it’s never on its own again. If you head straight, you follow Highway 35 to the Mississippi River and little Trempealeau (pop. 1,319), which features some nice sights including Perrot State Park and the Trempealeau Hotel (608-534-6898), a restaurant, saloon and place to stay since 1871. Highway 93 used to head this way, but a 1990 swap means it follows Highway 54 east right away.

Highway 93 stops being an “only child” at Centerville, joining Highway 54 for a ride east to U.S. 53 and then south towards Holmen on the way to La Crosse.

Heading east, Highway 93 – joined with Highway 54 – becomes a busier, straighter, faster highway, passing a historical marker or two (and one crumbling, but cool looking, building, on its way to a junction with U.S. 53. Highway 93 joins U.S. 53, which it last departed in Eau Claire, for a ride to Holmen. When Highway 35 meets up with U.S. 53, Highway 93 ends – although there’s no marker for the occasion. At this point, you’re on a four-lane expressway headed to La Crosse. Hit the city and enjoy! 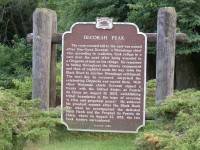 Here’s The marker at Decorah Peak. The rock-crested hill was named for a Winnebago chief named One-Eyed Decorah, who took refuge in the peak after being wounded; he recouped and surprised his attackers the next day, gaining sweet, sweet revenge. He later fought along with Black Hawk during the Black Hawk War, although that didn’t go quite as well.

Highway 93 has no marked end, although you reach it along U.S. 53 at Holmen, at which point you’re in the northern La Crosse suburbs at Highway 35. U.S. 53 becomes your ride into La Crosse, which is a bunch of fun in itself! 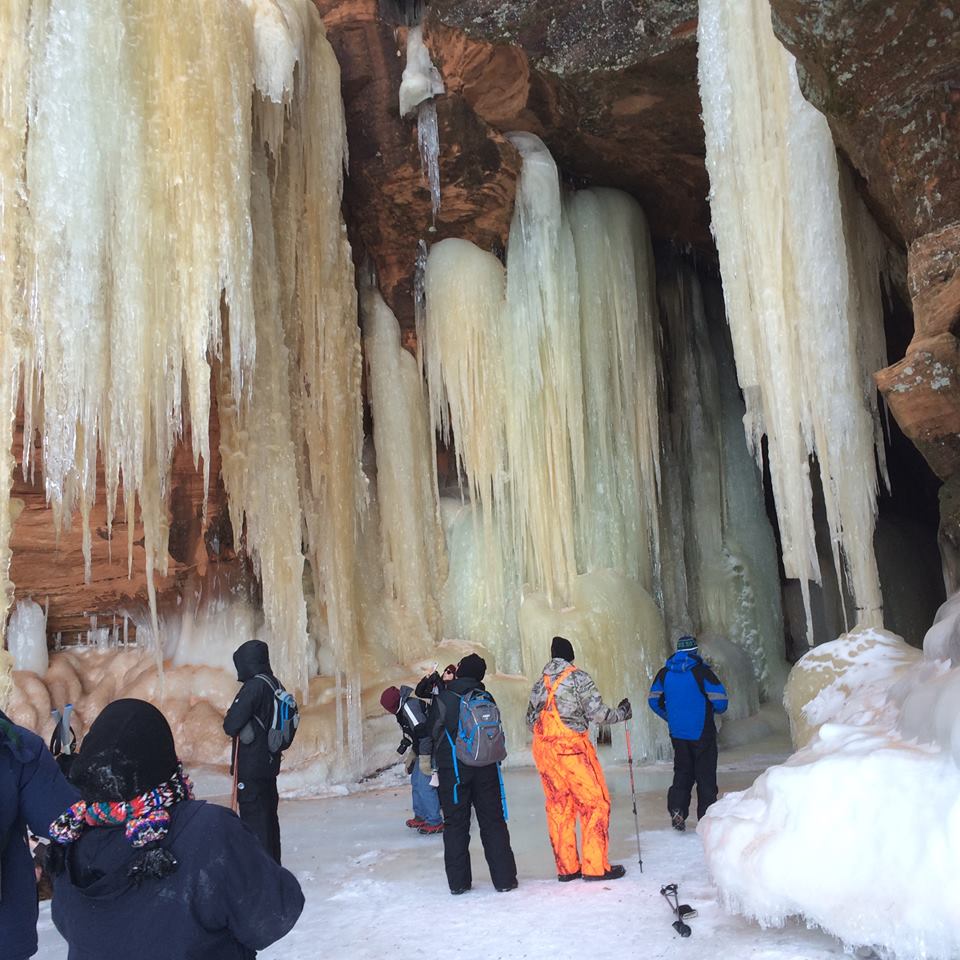 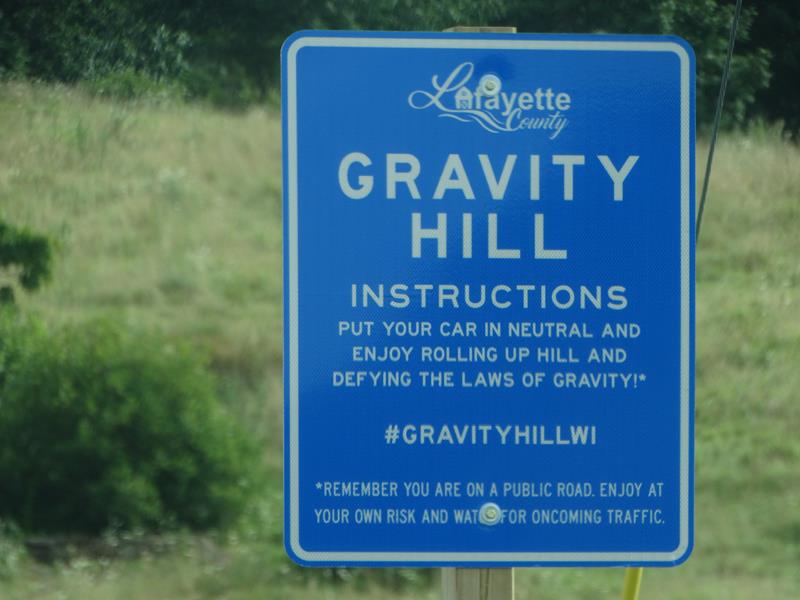