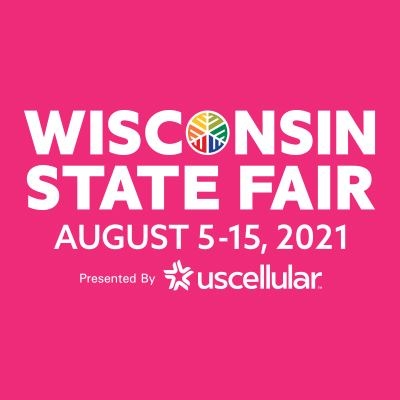 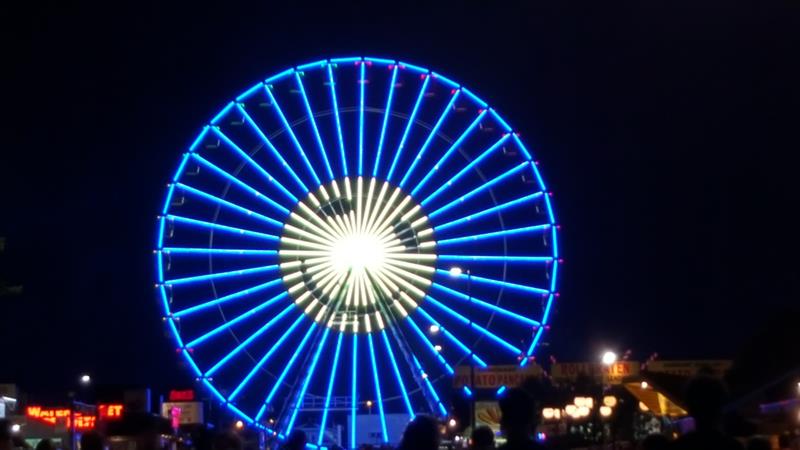 COVID-related precautions will be in place with the Delta variant spreading. At this time, masks are recommended (not required, but recommended) for any indoor venues, such as the Expo Center. Other changes for 2021 include updates to the Central Mall area, with a new look and ample seating. Some things will not be taking place this year – and hopefully only this year. They include no Activity Stage, no daily parade, no eating competitions, and – due to a sponsor loss – no Junior Talent Competition. They hope to bring all of these back in 2022. Another change, apparently due to the logistics related to their winning of the championship this year, the Milwaukee Bucks Milk House will not be open this year (we’re not sure why, but whatev – it should be back next year. Unless they win the NBA Championship again – which we’d be cool with.)

The rides and games at SpinCity are in full swing, and they include a super assortment of over 40 rides and 25 games with chances to win plenty of prizes!

The Fairgrounds will have plenty of street performers and entertainers, but of course the excellent live music is a huge draw. There are two primary performance stages at Wisconsin State Fair: the Main Stage, which uses the Milwaukee Mile track and bleachers for seating, and the Bank Five Nine Amphitheater, which is near the Central Mall. 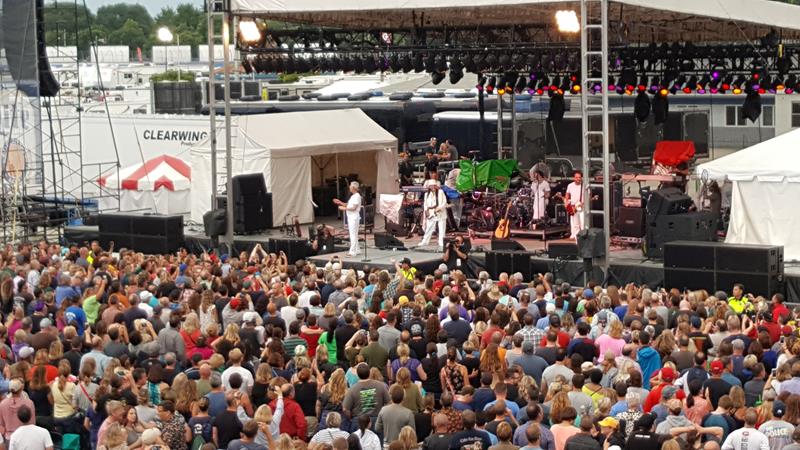 As always, the State Fair will feature a huge variety of animals from farms all across the state, letting you learn more about and even interact with some – from cows to chickens and rabbits to llamas, ostrich, goats, and more! Check out prize-winning exhibits, including art competitions, farming competitions, even one for the best alcohol-infused pie. Other exhibits include those for barn quilts, horticulture, textile, craft, and culinary exhibits, and even the Young People’s Art Exhibit. 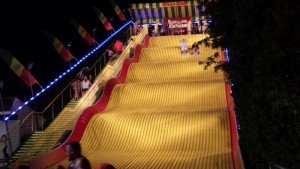 You will not go hungry: favorite foods at the Fair include the roasted corn, corn dogs, flavored milks, all kinds of creative deep-fried foods, sausages, as much as you can imagine on a stick, and the legendary Wisconsin cream puffs that become a “must have” for attendees needing their true dairy (and carb) fix! They get more eclectic with things like deep-fried bull testicles (listed as “Rocky Mountain Oysters” on the menu at Big Sky Country Bar & Grill), ants on a stick (literally), and earthworm and cricket jerky. But hey, it’s up to you. The “Sporkies” winner for 2021 is from the Miller Time Pub & Grill, where the “Glazy Boy” – a grilled donut sandwich with two slices of Fontina cheese, pork loin, raspberry whole grain mustard, and pickled jalapeños – beat out competition like the Cinnamon Roll & Bacon Cheese Curds, Paradise Po’ Boy, and Peanut Butter Squealers.

The Milwaukee Mile race track, which hosts races, auto testing, and more throughout the year is just one of the places you can park – which is cool, since you can walk on and check out this legendary oval, the oldest continuously operating raceway in the world.

Get more details here. This is definitely one of the best State Fairs in the nation!

Check out this map of Wisconsin State Fair… you can enlarge it by clicking on it or get a printable .pdf HERE. 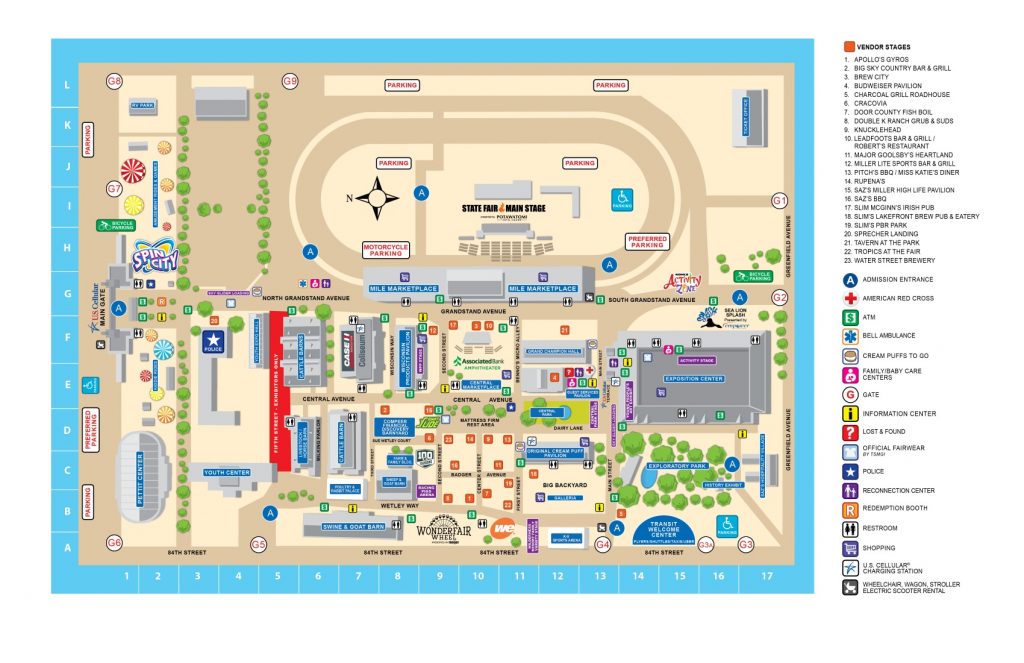 Wisconsin State Fair Park is in West Allis, less than ten minutes from downtown Milwaukee. Bordered on the south by Highway 59/Greenfield Ave., on the west by Highway 181/84th Street, on the north by I-94, and on the east by 76th Street. U.S. 18/Bluemound Road comes close to the north, I-41/U.S. 45 and then Highway 100 skim by 2 miles to the west, and Highway 175 is about 2 miles east as it passes Miller Park. There are a lot of great ways to get to the Park!