Located right in central Wisconsin, Central Waters Brewing Company fired up in 1998 inside a former Model-A Ford dealership along U.S. 10 in Junction City. By 2007 they had grown so much they moved to a newer facility in nearby Amherst, where today they brew over 20 styles of beer. 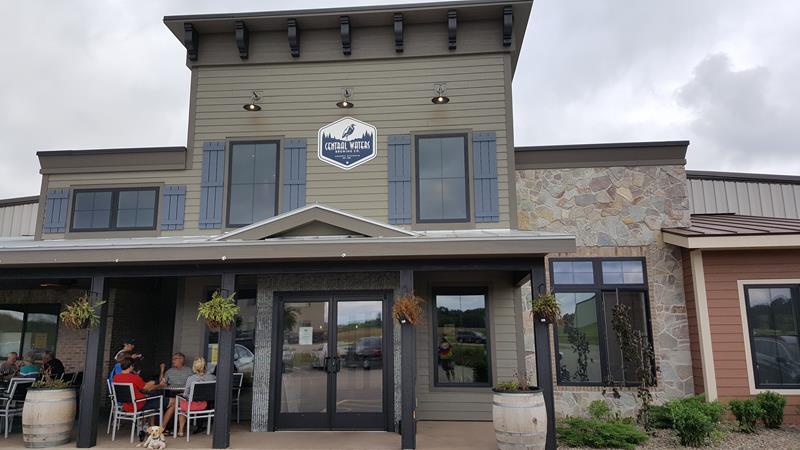 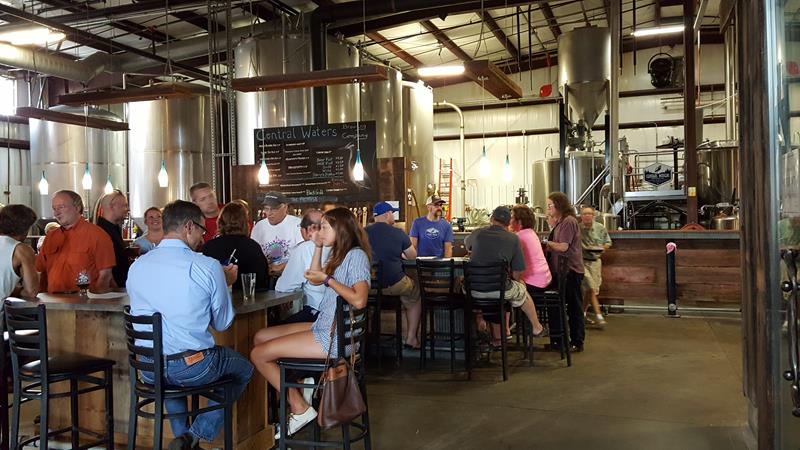 Central Waters is expanding like donuts on a jelly injector. A sizeable Tap Room shares space with a growing set of brew kettles and fermentation tanks, and a new meeting room with outdoor patio seating fronting the building. During busy times, food trucks offer up fare out front that complements their beers.

Central Waters’ most popular brew is their Mudpuppy Porter, with the Ouisconsing Red Ale – named after a French version of the state’s original name – not too far behind. While they have a few lighter (and very good) varieties like a Honey Blonde Ale and Shine On Ale, their specialty tends to lean towards hoppier varieties like the Glacial Trail India Pale Ale or HHG APA (the “HHG” standing for “horseshoes and hand grenades, after a local band) as well as darker, flavorful selections like the Satin Solitude Imperial Stout. They also feature seasonals like Cherry Stout, the Bloody Sunrise (featuring Bloody Mary mix), and Bourbon Barrel Barleywines and Scotch Ales. 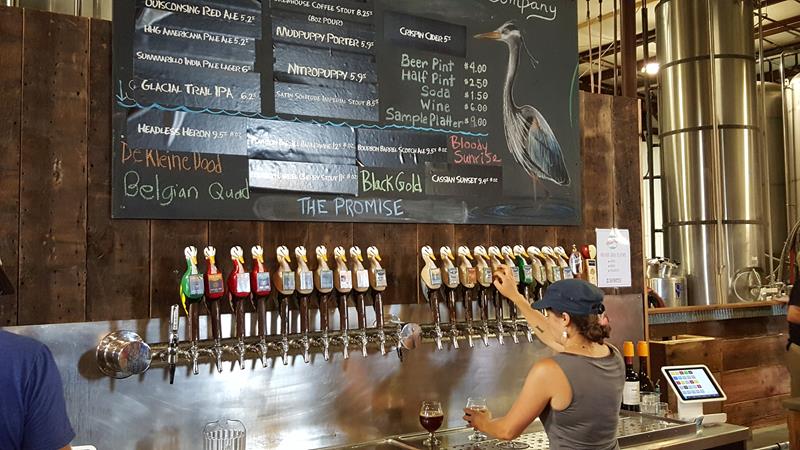 Their Tap Room is open 3pm-10pm Friday, noon-10pm Saturday, noon-7pm Sunday. During the day the rest of the week you can stop over, get a growler filled, use the restroom, drink a sample out front, but the Tap Room won’t be available. 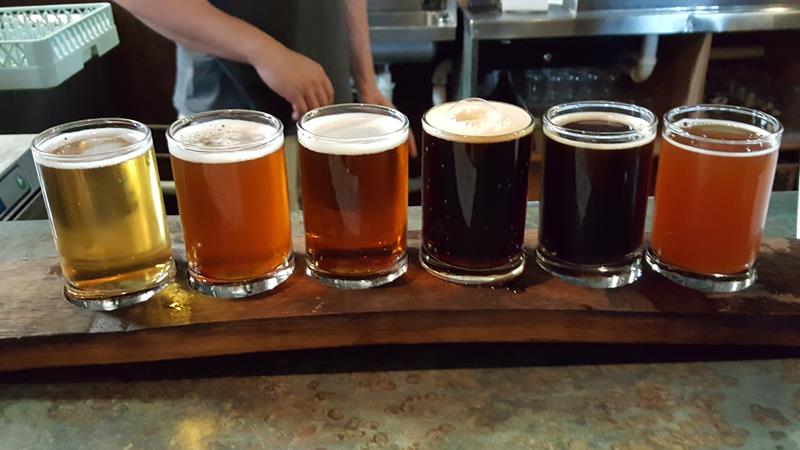 You’ll find Central Waters just off the U.S. 10 freeway via the County B exit in Amherst, about 15 minutes east of Stevens Point. The historic route of the Yellowstone Trail runs within eyeshot of the brewery, too!