Their “unfiltered, unpasteurized, unsucky” selections change regularly in their Tap Room. It usually includes anywhere from 8-10 of their own beers and selections of others from craft breweries all across Wisconsin. Their brews vary from pale ales to porters to a unique saison with blueberry, which was our personal favorite as the blueberry balance was just right.

Their Tap Room is laid back and adorned with some very classic brewery items on the walls. They don’t serve food per se but you can enjoy popcorn and pretzels or get food ordered in from the City Club, 52 Stafford, or any of the other nearby restaurants. The Dairy Heritage & Cheese Cultural Center across the street is also a great place for a grilled cheese sandwich before or after a tasting. The awesomely-named Mullet River is also within a block. 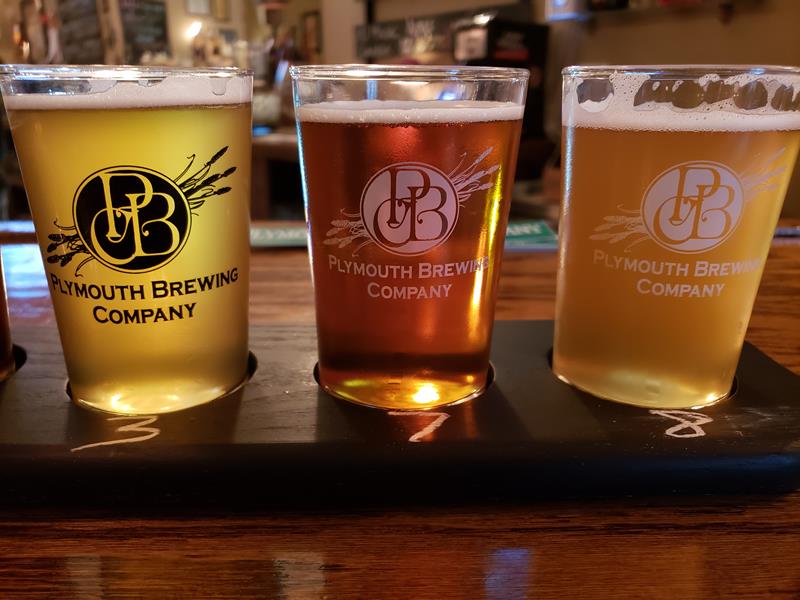 Plymouth Brewing Company is on Mill Street, which is now County C but was once the mainline of Highway 23 right through the heart of town. You’ll find it just east of Highway 67 (and Antoinette the Cow) in downtown Plymouth, west of Highway 57 via County C and south of the Highway 23 freeway. 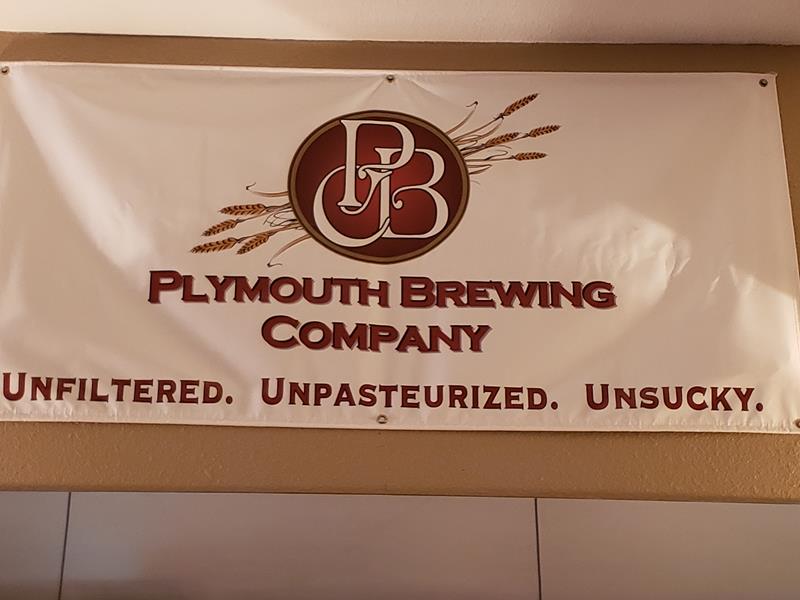 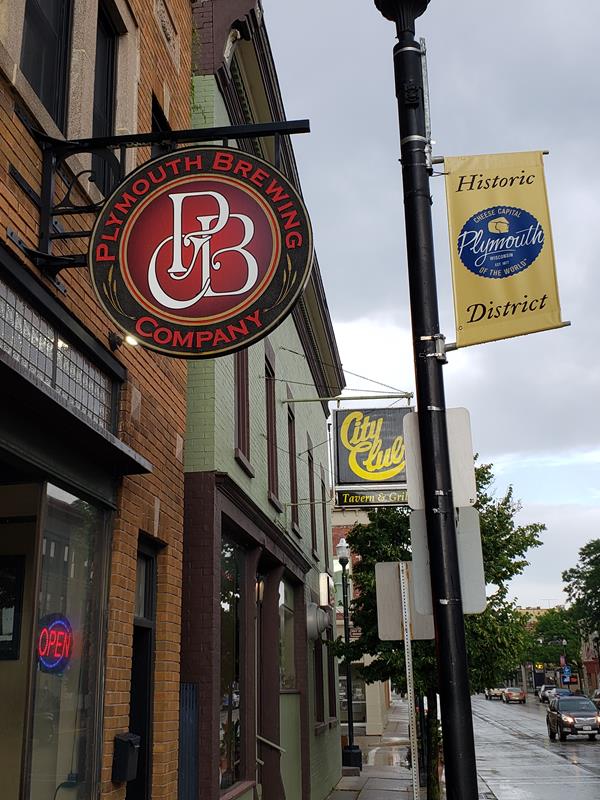 Plymouth Brewing Company’s Tap Room is right along the main drag of Mill Street in downtown Plymouth, once Highway 23.