This free zoo just north of downtown Manitowoc features over 200 animals, ranging from black bears and snow leopards to eagles and a prairie dog town that can occupy you for a while (they’re pretty cute.)

The Lincoln Park Zoo is open seven days a week except in winter, when it’s closed on Sundays.

Since Manitowoc is “Wisconsin’s Maritime Capital” (even one of the high schools has the nickname “Shipbuilders”), it’s only fitting that the Wisconsin Maritime Museum would be located in the city. Holding one of the nation’s most extensive collections of Great Lakes maritime artifacts and history, the museum prominently features the USS Cobia, a World War II submarine similar to the ones manufactured in the city.  The Cobia is permanently berthed in the river and can not only be toured, but kids and parents can bunk down for overnight stays during monthly events!

Other exhibits include the Children’s Waterways Room, the Maritime History Gallery, an Aquatic Species Investigation Lab, and “Treasures of NOAA’s Ark”, which offers a look at Wisconsin’s underwater treasures. The museum is a big part of the effort to turn the Lake Michigan coast from Port Washington to Two Rivers into a national marine sanctuary.

Admission is $12 for adults, $10 for children ages 6-15, and free for kids 5 and under. Other discounts are available for military, AAA members, senior citizens, and families.

The Rahr West Art Museum sits just north of downtown Manitowoc along northbound U.S. 10/Business 42 (8th Street) in an 1893 Queen Anne mansion. The mansion was originally built for Joseph Vilas, a successful merchant and two-time mayor of the city (UW-Madison students will recognize his name on their communication building.)

A museum since 1941, the Rahr West features a variety of art collections including a rare porcelain sculptures, original furnished 1930s dollhouses, and period furniture throughout the museum’s many rooms. Special exhibitions are regularly held, as is Sputnik Fest, which commemorates a piece of the Soviet satellite landing in the street in front of the museum in 1962.

The Rahr West’s hours are 10am-4pm Tuesday-Friday, 11am-4pm Saturdays and Sundays. They are closed Mondays. 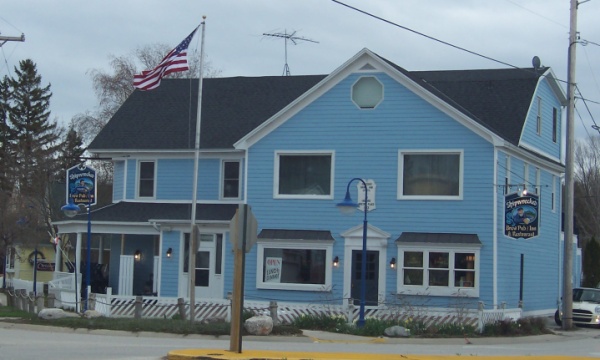 The original Brewpub along Highway 42 in Egg Harbor, before the fire in August, 2017. 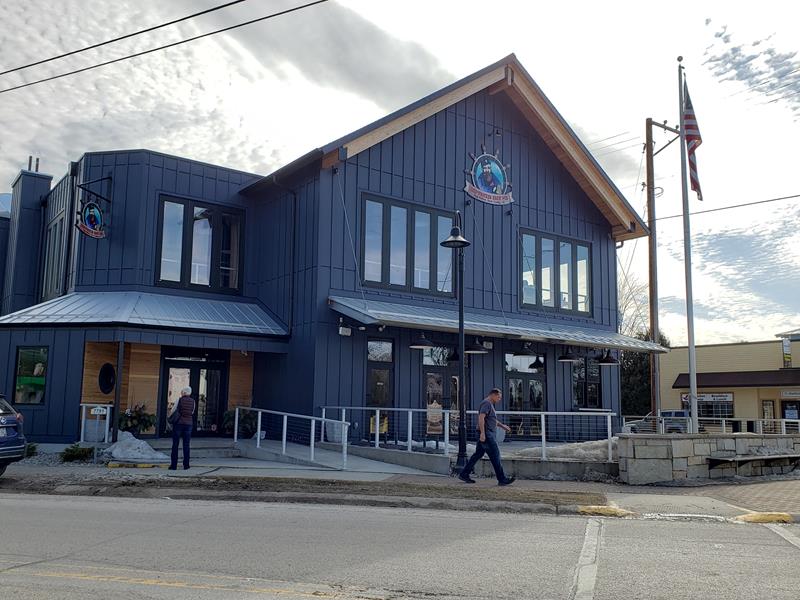 The rebuilt Shipwrecked Brewpub, which rose from the ashes of its predecessor in 2018.

Shipwrecked Brewpub sits right at the bend of Highway 42 as it makes its way through Egg Harbor, one of the beautiful little towns on the Green Bay side of Door County. Housed in a saloon originally built in 1882, Shipwrecked was a craft brewing pioneer in this part of the state when it opened in 1997. The brewery served thirsty and hungry residents and visitors alike until a major fire rendered the original building and brewery to ashes in 2017.

Late the following year, a new, larger Shipwrecked Brewpub opened on the very same spot. Shipwrecked expanded its food menu, added more beers, and even moved on up with a second floor space that offers views of the waters of Egg Harbor as well as up and down the main drag. Some whimsical art pieces have been added, including some that support drinking and dining tables. 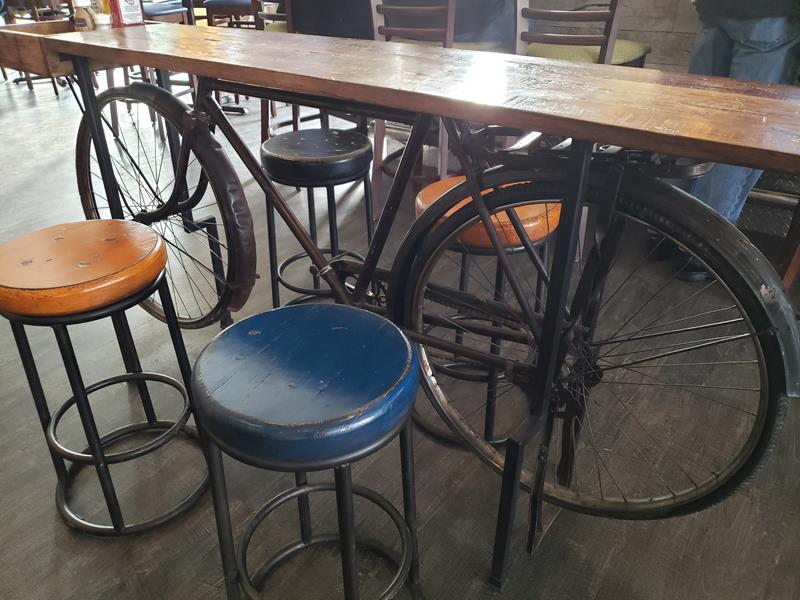 A lil’ bike art helping to hold up a table at Shipwrecked Brewpub.

Beer-wise, Shipwrecked has been legendary for its Door County Cherry Wheat, drawing from the peninsula’s extensive cherry orchards. Other beer selections – subject to change, of course – include the Bayside Blonde, Peninsula Porter, Captain’s Copper, Milk Stout, an India Pale Ale, and their East Coast IPA, among others. A variety of cocktails and martinis can also be enjoyed, along with local wines and spirits from the Door County Winery & Distillery.

You can also choose from an extended food menu from appetizers to sandwiches to a variety of entrees from meatloaf to shrimp to pike with your beer (or other) selections, since one can’t eat on an empty stomach. 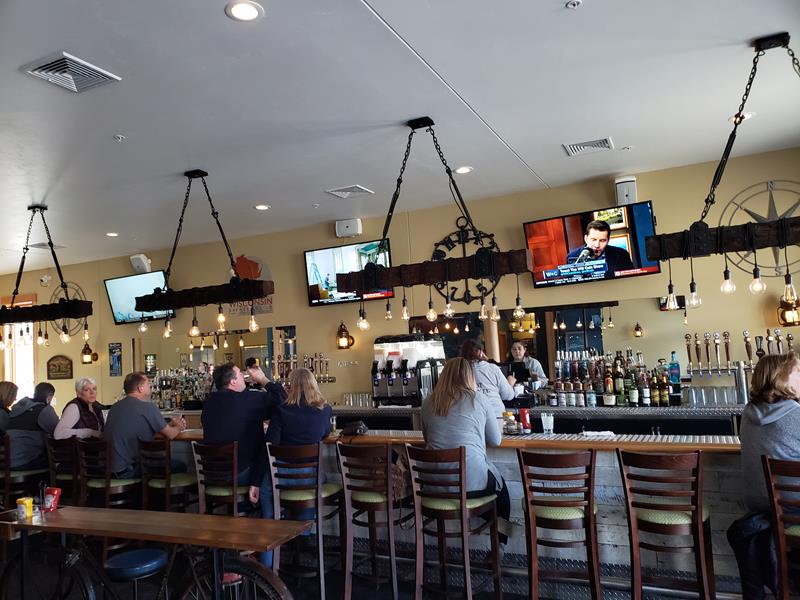 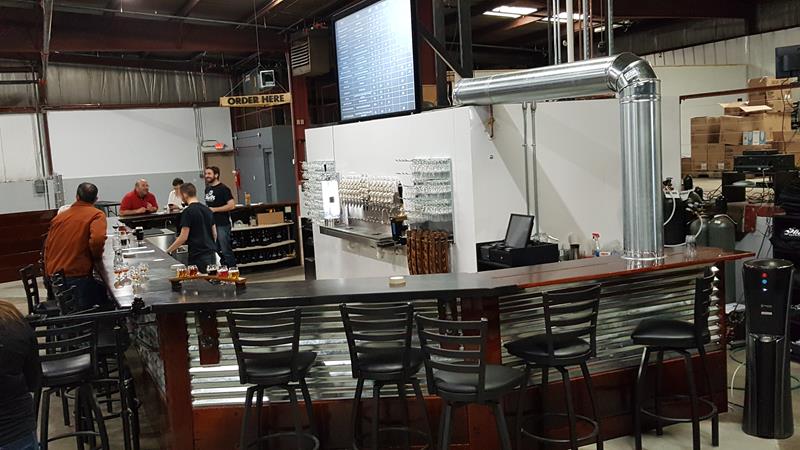 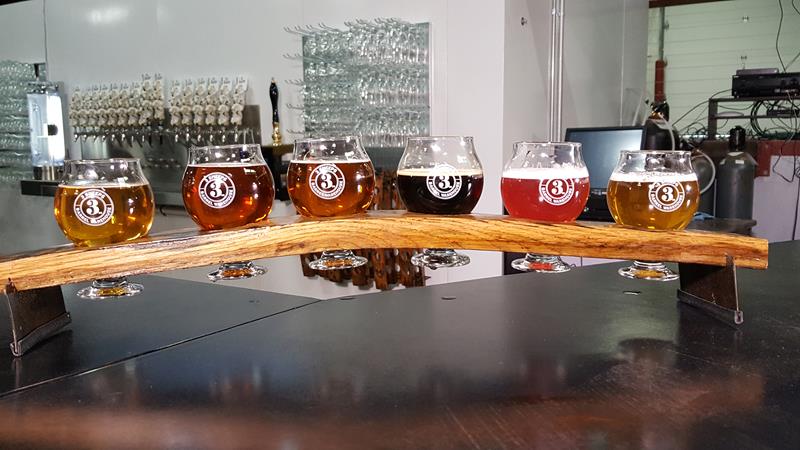 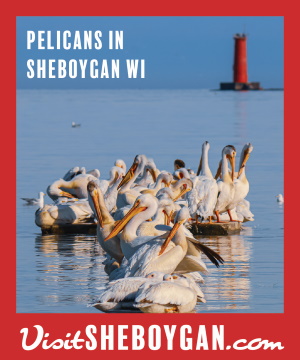