Hayward is a major center for fishing, lumbering, and cross-country skiing. It’s only fitting that this town hosts the National Freshwater Fishing Hall of Fame. It’s Hayward’s largest attraction (100,000 visitors per year) and the “international headquarters for education, recognition, and promotion of freshwater sport fishing” (their words from their website.)

This Hall of Fame is noted for having the World’s Largest Fiberglass Sculpture, which is also the World’s Largest Muskie. Standing 143 feet long and 41 feet tall, the muskie holds names of world record-holders in fishing across the world – over 3,000 entries. You can check out the names and climb the steps to show yourself from the muskie’s mouth, 4 stories off the ground. It’s a popular place to get your picture taken… how can one resist?? 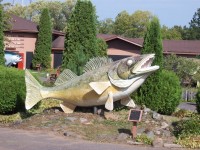 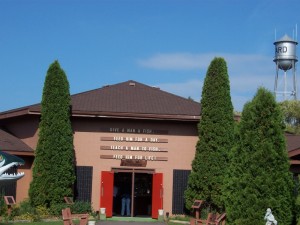 You’ll find the National Freshwater Fishing Hall of Fame just south of downtown Hayward nestled between Hayward Lake and Highway 27. U.S. 63 and Highway 77 are within blocks. The National Freshwater Fishing Hall of Fame is open year ’round, so feel free to attend on a hot summer day, a chilly winter day during the annual American Birkebeiner, or the World Lumberjack Championships, which takes place annually just a stone’s throw away. 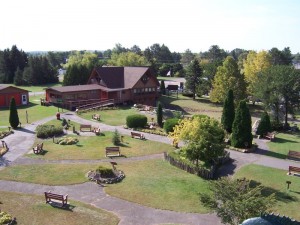 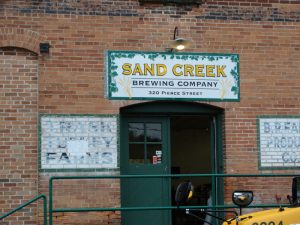 Sand Creek Brewing, located in a building that has served as a brewery since 1856. Inside, tons and tons of delicious beer.

Since 2000, brews from Pioneer – and now Sand Creek – have won three gold awards at the World Beer Cup. They brew their own brands and also contract brew brands for others at times. Popular Sand Creek beers include Badger Porter, Woody’s Easy Ale, Oscar’s Stout, Bugler Brown Ale, English Style Special Ale, Wild Ride IPA, their Cranberry Special Ale (a salute to their proximity to the heart of Wisconsin’s cranberry-growing region), and a series of hard lemonades. They also brew up a tasty root beer. 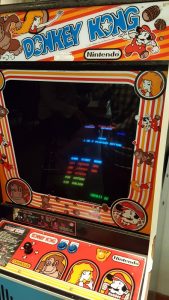 Inside their brewery, the Tap Room offers a cozy space for sampling and imbibing; a larger space as you enter the building has additional tables for people to gather, play board games, check out some memorabilia, or even play Donkey Kong on one of the original video game machines. Seriously.

Their Tap Room is open Fridays from 3-10pm all year, and Saturdays from noon-5pm during warmer months (usually May-Labor Day). However, they’ll sell you beer from their retail space from 8am-5pm Monday through Thursday, and Friday nights until 10pm.

The Angry Minnow is a craft microbrewery and restaurant in Hayward. It’s located in a beautiful brick building constructed in 1889 by – ironically enough – a lumber baron named Robert L. McCormick. It originally housed the offices of the Northern Wisconsin Lumber Company.  The renovation to a brewery and restaurant was very well done and kept the historic nature of the building; from the dining room, you can look through windows at the basement brew house below.