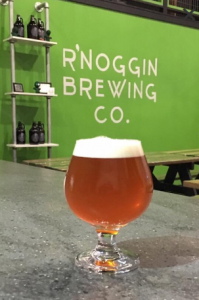 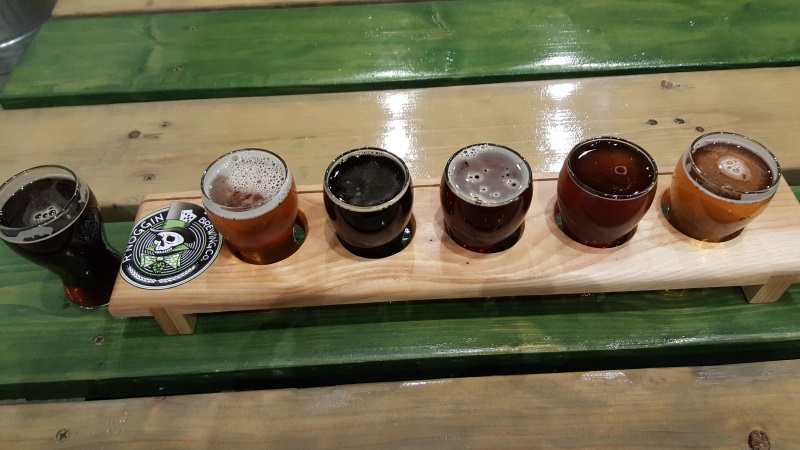 Sampler from R’Noggin. Their beers change frequently, based on the season and local ingredient availability. 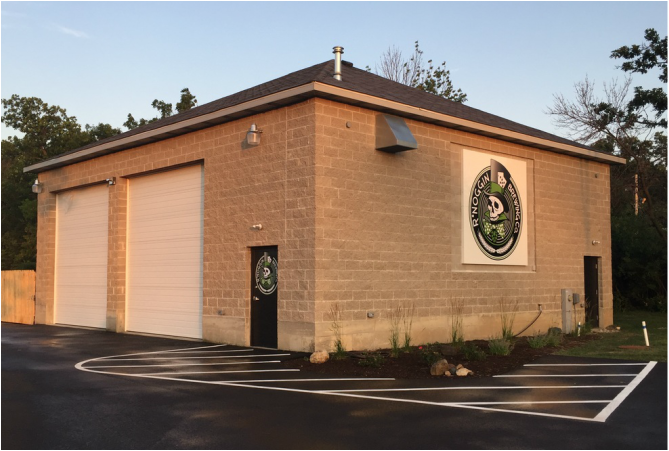 Once a service building for trucks, this building now services R’Noggin beer drinkers.