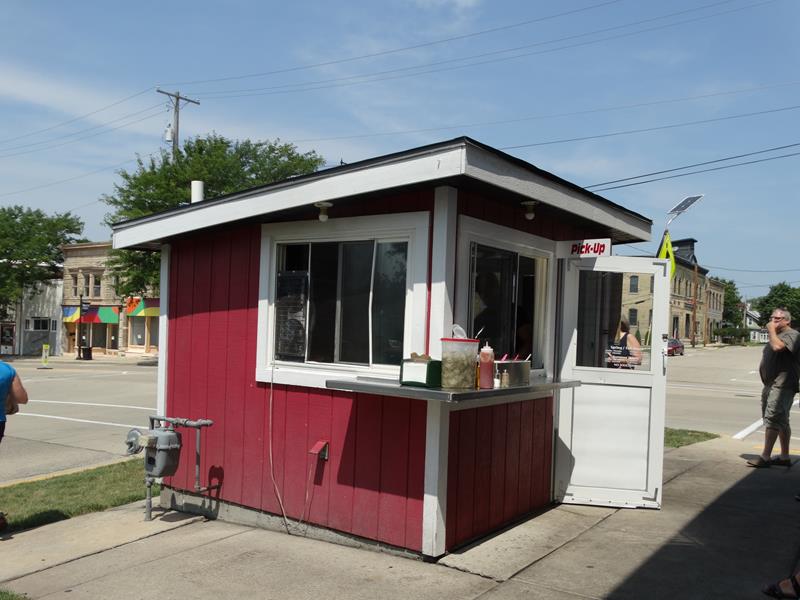 64 square feet of hamburger heaven at Wedl’s in Jefferson, along US 18 just east of Business Highway 26. 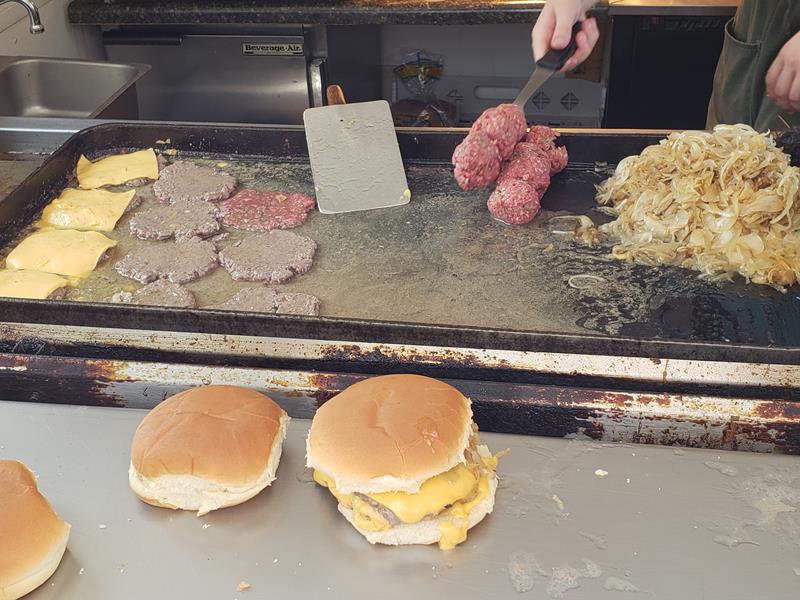 This cast iron skillet, over 100 years old, seasons and cooks the tasty little burgers at one of tastiest burger stands in the country: Wedl’s in Jefferson. 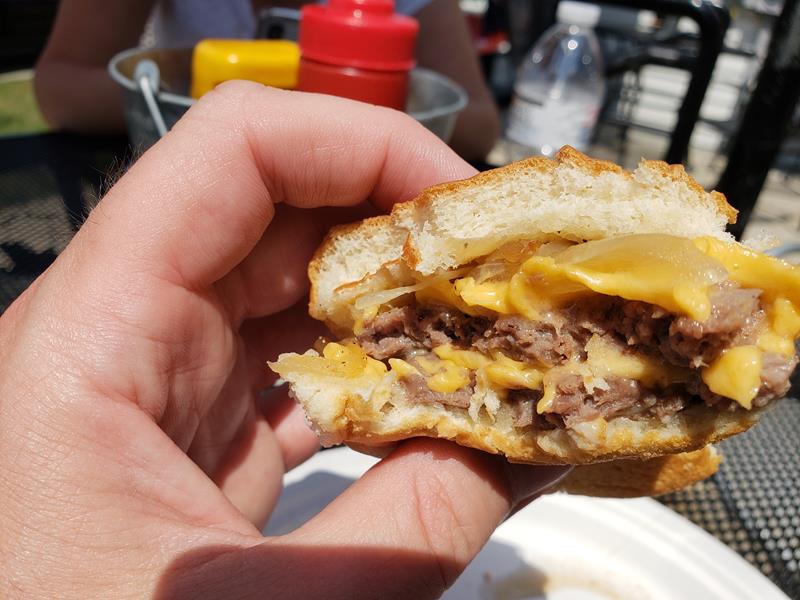 Part-way through a double cheeseburger. They’re so good, you almost forget to take a picture.