“Glitter Beer” sparkles with its debut at Redeye Brewing in Wausau

Wisconsin breweries have been working on a slew of new concoctions over the past several years. We love unique brews like Broken Bat’s Apricot Pale Ale, Black Husky Brewing’s Sproose II IPA (brewed with spruce tips), Furthermore’s Knot Stock (brewed with black pepper), and many, many more. 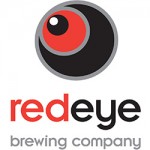 Now we’re eager to check out this beer that would draw female pop singers like Ke$ha with one sparkling ingredient: glitter. Redeye Brewing in Wausau is the latest to jump on this new nationwide trend of “glitter beer,” a trend that originally grew out of the West Coast.

Minocqua Brewing in Minocqua and the Eight Street Ale Haus in Sheboygan have released limited edition glitter beers before, so as the Milwaukee Journal Sentinel noted Redeye owner Kevin Eichelberger isn’t the first producer of glitter beer in the state. However, he is likely the first to buy edible food-grade glitter from his German malt supplier for a new beer that will be available for at least several weeks.

What does “glitter beer” look like? Redeye posted this brief look at their new, shimmering brew:

Redeye plans to release their glitter beer – an American pale ale called Hop Mess – at 6pm on April 24th. It will be available at their Tap Room at 612 Washington Street in Wausau, just east of downtown for at least a few weeks (maybe by then the snow will be gone!) I-39/U.S. 51 and Highway 29 bring you to the outer edges of Wausau; a quick ride on Business U.S. 51 or Highway 52 will bring you to downtown. Glitter beer in general is beginning to sweep the country – the latest “shiny object”, if you will – as this video shows: