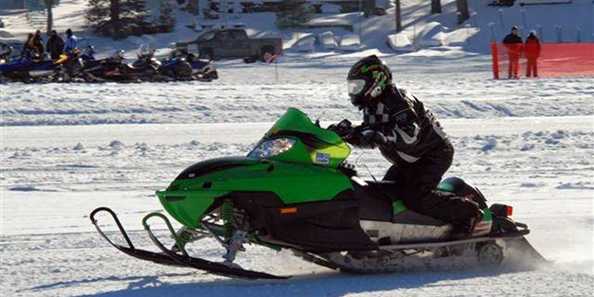 Ready for some outdoor winter fun in the North Woods? Discover Wisconsin and Boondock Nation will host St. Germain’s Annual Snowmobile Radar Run February 2nd and 3rd. St. Germain is a center of winter playground fun in Vilas County and the North Woods.

Along with the Radar Run, St. Germain holds the Snowmobile Hall of Fame, which is along Highway 70. Just up Highway 155 closer to Sayner, the Vilas County Museum holds the first true snowmobile, which was patented by Carl Eliason in 1924. This area definitely knows their winter sports and how to get around in the snow!