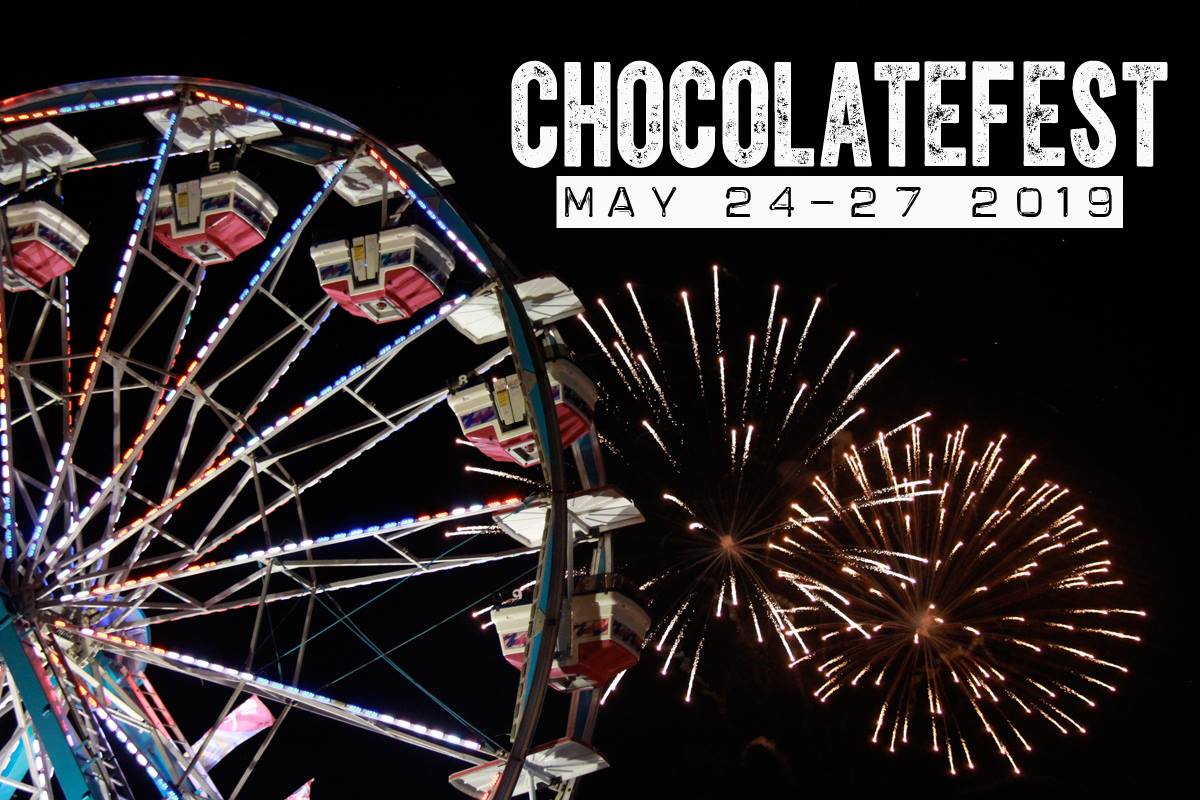 Burlington is “Chocolate City, USA,” named so for its Nestle plant, which opened in 1965. Chocolate Fest started 22 years later in 1987 and has been delighting chocolate lovers ever since. Although the dates used to move around, it now takes place every Memorial Day weekend – this year, that means May 24-27, 2019. 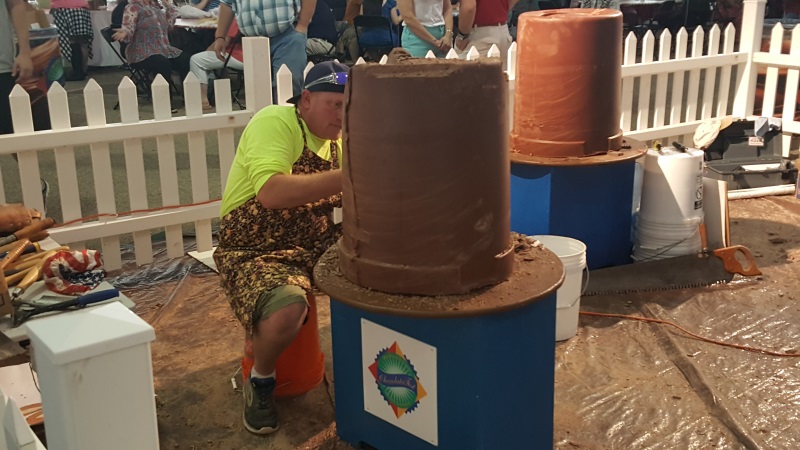 That’s a lot of chocolate. Good!

Plenty of exhibits on chocolate, demonstrations on chocolate-making, and samples highlight the main theme of the festivals. Music from national and regional acts, family events, and more add to the fun. Need a sugar rush? There’s a cupcake-eating contest if you’re in a hurry for it! 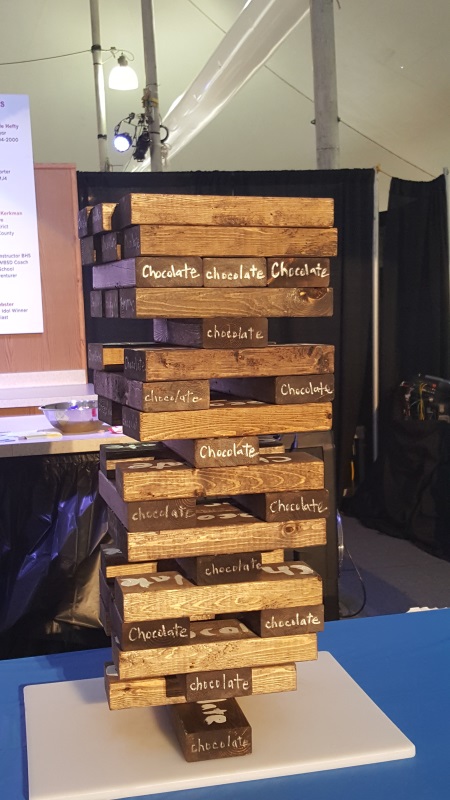 It really is chocolate Jenga…

The Burlington Festival Grounds are just off Milwaukee Street (City Highways 36 & 83) along Maryland Avenue near the Fox River and Riverside Park, northeast of downtown. City Highway 11 just to the south, and Highway 142 approaches from the southeast. While in town, you can check out other places like the Spinning Top & Yo-Yo Museum and Fred’s, one of Wisconsin’s legendary burger joints.

Live music and other performances will take place on several stages across the grounds. The Main Stage will include performances from Cherry Pie Thursday night and Bella Cain and Clear Pioneer Friday night. Saturday will feature Squad 51, Chris Jones, Failure to Launch, the Dayrollers, Almight Vinyl, and the Petty Kings (a Tom Petty tribute band) Saturday. Sunday will include 76 Juliet, the Astro Blues Band, the Altered Five Blues Band, and Lunchmoney Bullies. Memorial Day Monday will include The Britins (an amazingly spot-on Beatles cover band), Taylor & Jamie, PF and the Flatheads, and Jeff Walski.

Tickets run $8 for people ages 12 and up, $5 for kids 5-12, and free for children 4 and under. On-grounds parking is also available for $5. Get more details and updates on the Chocolate Fest website.

Have a chocolatey good time!