Ashley for the Arts 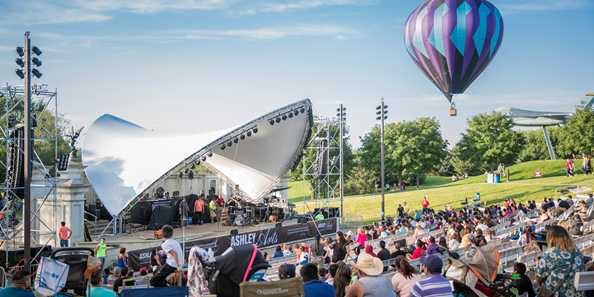 Ashley For The Arts celebrates music, art, and supporting nearby communities with a spectacular three-day event August 12-14. 2021. It takes place in Arcadia – home to Ashley Furniture – in the city’s 54-acre Memorial Park, which known for its Soldier’s Walk, one of the premier war memorials in the U.S. outside of Washington, D.C.

Arcadia is right along the Chippewa River nestled in the gorgeous hills of Wisconsin’s Driftless Area, where Highways 93 and 95 meet. The drive alone is worth it! Ashley for the Arts itself is a non-profit event, stacked with a star-studded lineup of musical entertainment as well as numerous family-friendly activities and some new additions to the venue. It’s one of Wisconsin’s largest charity events, growing from 300 attendees in 2009 to more than 50,000, with of course the exception of 2020, when the event had to skip a year.

With four stages this year, you won’t miss a beat! The Main Stage will host headline entertainment, the Amphitheater will portray participating school performances as well as entertaining circus acts, the Pavilion stage hosts early to mid-day side-stage performances and the Soldier’s Walk stage will create a unique ambiance for local bands to perform outdoors the second half of the day. 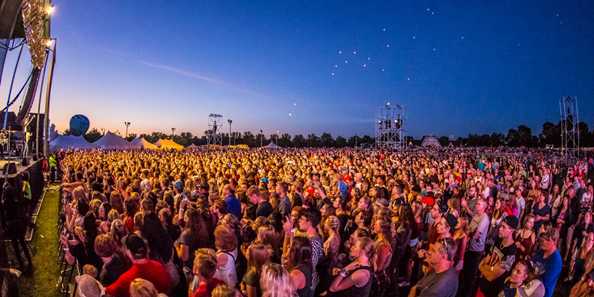 The three-day festival will also feature upbeat musical performances; in addition, 11 area schools will participate in the event’s activities and demonstrate the region’s student talent through performances on Friday and Saturday.

You can also enjoy a variety of off-stage entertainment including a living statue, balloon sculptors, Root Berry juggling and sword swallowing, a mariachi band, silly stilt walkers, an interactive drum circle, Magician Professor Pinkerton, and many more entertaining audiences throughout the grounds.

The park features nearly 100 art and craft vendors, a new interactive art space, a classic car show, two air parks including bouncy houses and obstacle courses, even a kid’s fitness course. Ashley for the Arts also hosts the Pursuit of a Cure 5K run/walk on Thursday and a spectacular firework display on Saturday.

From mini donuts to barbeque to gyros and frybread, an expanded selection of food trucks will decorate Memorial Park Drive along with Arcadia’s staple charcoal chicken, grilled to perfection in North America’s largest indoor chicken pit. A newly added beer garden, next to the main stage, will offer specialty beer and wine options for the adult audience. Event parking is free along with free bus shuttles to and from the grounds; including the county campground (Pietrek Park) just five miles north of Arcadia. Highways 93 and 95 bring you to town!

Ashley For the Arts Address: