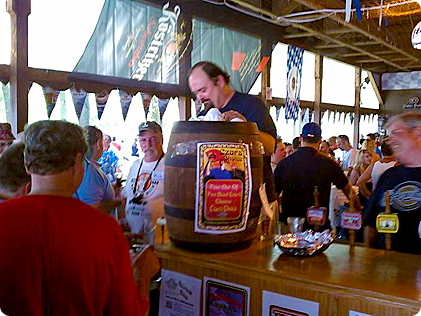 The Beer Barons’ World of Beer Festival has grown a bit every year mainly in terms of beers, meads, and ciders available! There will be over 350 beers, meads, and ciders; most of the tables are manned by brewery representatives! Not bad considering the number of imported beers. They put on a fun festival that has great craft beer, minimal lines, and is not a drunk fest. The beer (along with mead and cider) is what’s important.

Tickets go on sale February 1; $40 early bird pricing is in effect until March 31, then tickets are $45.